László Nemes’s feature debut, Son Of Saul, won the Oscar for Best Foreign Language Picture in 2016. Set in a Nazi concentration camp during World War II, Saul was a genuinely upsetting exercise in immersive horror that left you feeling shaken and angry. Following up such a film was always going to be a tall order, and the Hungarian director has clearly made a conscious decision to go in a different direction. Yes, Sunset is another historical drama and similarly enveloping, but it’s also a slower and more cerebral piece of work. It lacks Saul‘s gut-punch of emotion and is the kind of film you only truly get to grips with on a second or even third viewing. 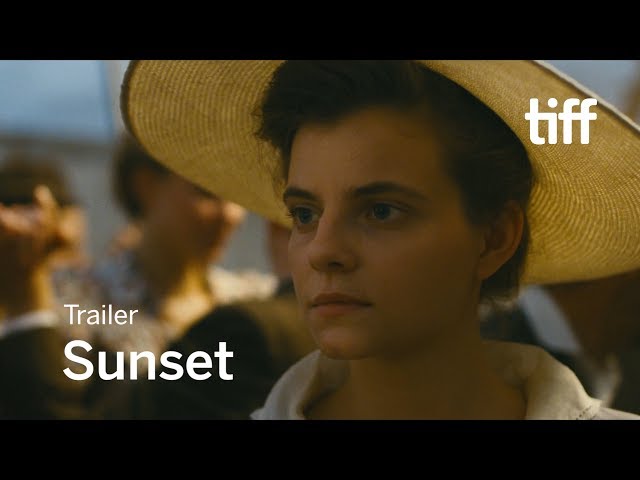 Set in Budapest, just before World War I, Sunset sees Irisz Leiter (Juli Jakab) – a fearless and stubborn young woman – seeking employment at the famous hat shop that had previously belonged to her late parents. Initially sent packing by the company’s mysterious new owner, Oszkár Brill (Vlad Ivanov), Iris (who has been living and working for years in Trieste) proves remarkably tricky to shake off and soon gets caught up in the search for a brother – Kálmán – she never knew she had, who has seemingly become a murderer and anarchist.

The first half is pretty much perfect as Nemes sets everything in motion – mystery follows mystery with Irisz first digging into her parents’ pasts (they died in a fire) and revisiting places from her childhood, before commencing the quest to find her sibling. But the second provides little closure as, every time she partially solves one riddle, another pops up to take its place. I don’t know whether I’d call her ordeal Kafkaesque, but it is certainly labyrinthine.

Truth is a nebulous, elusive thing in Sunset and it’s little surprise you come away from it feeling confused and discombobulated. But you shouldn’t feel short-changed because its enigmas are kind of the point. You piece together what you think has happened from Irisz’s perspective, but are never really sure whether her take is the correct one – or even if her own agenda is entirely legitimate. It’s a puzzle and an enjoyable one in which to luxuriate.

The film’s opening scene sees Irisz at the shop in Budapest trying on hats, before admitting she isn’t there to buy anything but to apply for a job as a milliner. I suspect this first scene is important – there is something about Irisz exploring different looks (identities?) that makes you wonder about her authenticity, and the way she emerges from under one black veil is almost sinister. The Leiter hat store is celebrating its 30th anniversary, amidst much hoopla, yet we are supposed to believe she has returned simply to apply for a job. It seems unlikely to say the least.

“You have awakened us,” Irisz is told by one of the criminals she encounters later in the film. So, what exactly is she? A spirit of anarchy or harbinger of doom? A sociopath putting into practice a long-gestated revenge plan? Irisz’s place in it all is perhaps the biggest mystery of all. Despite being in pretty much every scene, she remains eerily unreadable and unknowable (Jakab plays this perfectly). Does her brother even exist? Are Irisz and Kálmán somehow one and the same? Whatever the truth of it, Nemes isn’t letting on.

As the title implies, Sunset is very much a film about endings – in this case, the slow demise of the Austro-Hungarian Empire as the world slips inexorably to war. There’s a fatalistic, eve of destruction vibe about the atmosphere Nemes summons here and you wonder whether his intention was to draw parallels between the 1910s and the uncertain and worrying times Europe is fretting through now.

Initially, there is a contrast between the supposedly genteel world of the hat shop and the madness that exists outside its walls, but it’s a divide that is slowly stripped away the further we venture into the film’s heart of darkness. This is a decadent society seemingly riddled with corruption – not necessarily financial but moral and spiritual – although, like everything in Sunset, you’re not sure how much of it is “real” and how much a figment of Irisz’s imagination.

Proceedings do become repetitive. I lost count of the number of times our heroine/anti-heroine turns up somewhere unannounced and is either told she shouldn’t be there or is quickly ushered away. Nemes’s distinctive directing style proves quite frustrating, too. In Son Of Saul, the immersive approach made sense – his camera focused on the face or lingered at the shoulder of his protagonist, as he went about his daily task of surviving the most horrific circumstances imaginable.

Such positioning also blocked off many of the concentration camp’s worst abominations, although just the suggestion of them was harrowing enough. The technique doesn’t work as well here, and even becomes a little wearing, mainly because Nemes’s recreation of early 20th Century Budapest is so impressive that you’re keen to drink in as much of it as you can (especially as the film is shot in 35mm and looks gorgeous). Of course, that which remains hidden is one of Sunset’s main themes, so the fact there are things the director doesn’t permit you to see should come as no surprise.

It’s all rather exasperating but you end up admiring Nemes’s sheer bloody-minded chutzpah for delivering something so contrary and seemingly unconcerned with alienating its audience. And even if the director’s refusal to serve up answers and resolutions leaves you cold, Sunset‘s exquisite costuming, meticulous sets, and impressive sound design mean there is still plenty to enjoy.