The unconditional bond between a mother and daughter

The moral of the story is: never trust a man who’s obsessed with Nietzsche and gives you Thus Spoke Zarathustra to read. For there is a good chance he will have internalised all that ‘God is dead’ and ‘overman’ nonsense and turn out to be a nihilistic monster.

Based on a biographical novel by Christine Angot and set, at least initially, in small-town Châteauroux, in the 1950s, An Impossible Love begins as a straightforward romance between working-class secretary Rachel (Virginie Efira) and bourgeois translator Philippe (Niels Schneider), before visiting some exceedingly dark places indeed.

Despite their passionate affair, Philippe keeps Rachel – who is half-Jewish – at arm’s length, holds some very dubious opinions (he’s antisemitic and chauvinistic) and says he’ll never marry her because she isn’t rich. He also confides that he spent 18 months in prison, after killing someone in a hit and run. It is obvious from fairly early on that bookish, well-travelled Philippe is a 24-carat wrong ’un who will bring Rachel nothing but heartbreak and humiliation. Just in case another gloomy omen was needed, on their first date he takes her to see Louis Malle’s Ascenseur pour l’échafaud. English title? Lift to the Scaffold.

Proceedings only become more complicated when the pair have a daughter – Chantal (played by four different actors at various stages of her life, including Estelle Lescure and Savages singer Jehnny Beth) – who Philippe refuses to officially recognise as his own. He leaves for Paris and over the next few years dips in and out of their lives when it suits him. He only gets back in touch properly when Chantal is a teenager, and father and daughter quickly become close (“I’d have learned so much living with him”) to the point where Rachel is increasingly excluded from her daughter’s life (“I bring her nothing now”).

Veteran director Corsini – her first feature, Poker, was released in 1987 – employs a couple of narrative devices to bring pace to a lengthy film in no hurry to give up its secrets. There’s a voiceover through which Chantal tells her mother’s story and several time jumps, taking proceedings from the late ’50s to the early 2000s. Efira – who is 41 in real life – is asked to play both much younger and much older than her age but, whilst the actress has no problem convincing as a woman in her mid-twenties, the old lady make-up she dons to portray Rachel in her sixties is a little distracting.

Corsini and her film get away with it mainly due to the strength of Efira’s performance, particularly in the final act. She’s an underrated actor who has made a career with lighter, more comedic roles (It Boy and Up For Love), although UK audiences are most likely to remember her small but disturbing part in Paul Verhoeven’s Elle, playing the wife of a violent rapist.

Rachel is a stoic character – who seems to roll with every new outrage visited upon her by Philippe, and Efira conveys much of her torment simply but effectively; a downwards look, a narrowing of her eyes, a pursing of the lips, only raising her voice or losing control on a couple of occasions. To underline her woes – especially when Rachel fears she is losing her daughter – Corsini frequently shoots the character alone, often outside, in open space. A picture of isolation.

An odd scene in a hotel room provides the first firm hint that An Impossible Love contains an unspeakable twist at its core but, when the truth is revealed, it still hits you right between the eyes like a headbutt. Philippe’s back story is left deliberately vague. We briefly glimpse his father – a man every bit as unpleasant as his son – and learn that his mother has committed suicide by throwing herself out of a window. Corsini – who co-wrote the screenplay – invites you to imagine what terrible secrets Philippe’s family keeps hidden and how they might have affected him as a child and beyond. “These books can change your view of the world and life,” he tells Rachel early in the film, but you suspect his Nietzsche library is only a small part of what has ruined him.

Corsini specialises in bleak love stories featuring doomed relationships but she is also fascinated by class and status. In Leaving, Kristin Scott Thomas abandons her controlling doctor husband for a Catalan builder, and Summertime sees a humble country girl commence an affair with a sophisticated Parisian activist. Philippe wears his class like a badge of honour and uses it as a weapon against Rachel. Although they are very different characters from different social backgrounds, Philippe recalls David Thewlis’s Johnny from Naked (1993) – both nihilists, both out to subjugate and belittle those around them, especially women, with their words, deeds and supposed intellects. In a powerful scene, towards the end of the film, Chantal sums up her father’s original intentions towards her mum: “You were alone, you were poor, you were Jewish… the goal was to make you lose.”

Sex plays a big part in Corsini’s films and her camera often lingers over women’s bodies – especially unclothed – as it does here with Efira’s. It’s gratuitous, yes, but also seeks to underline Rachel’s openness and vulnerability. Despite having been previously engaged, she is sexually inexperienced, so Philippe quickly brings her under his spell (“I love the things you do to me,” she tells him). Rachel sleeps with him again and again over the years, no matter how appalling his behaviour, as if she has imbibed a love potion (no wonder Philippe compares her to Isolde). You question why someone like Rachel hasn’t moved on from this man. Early on, though, she reveals how her own father left the family when she was four and didn’t return until she turned 17. To her, Philippe’s behaviour doesn’t seem so aberrant.

The scenes between mother and daughter towards the end are incredibly powerful. Chantal (played at this stage of her life by Jehnny Beth) blames Rachel on some level for her own suffering. The title An Impossible Love could reference any of the fractured relationships in this film – Rachel and Philippe’s, the one between Philippe and Chantal but, ultimately, its beating heart is the mother/daughter bond. It’s about how Rachel and Chantal manage to find their way back to each other after all the terrible damage Philippe inflicts upon them both.

“You wanted to meet a bad guy – you were waiting for my father,” Chantal tells Rachel in their climactic head to head. They are the ‘final girls’ in the horror movie that has been their lives.

An Impossible Love open in UK cinemas on 4 January, 2019 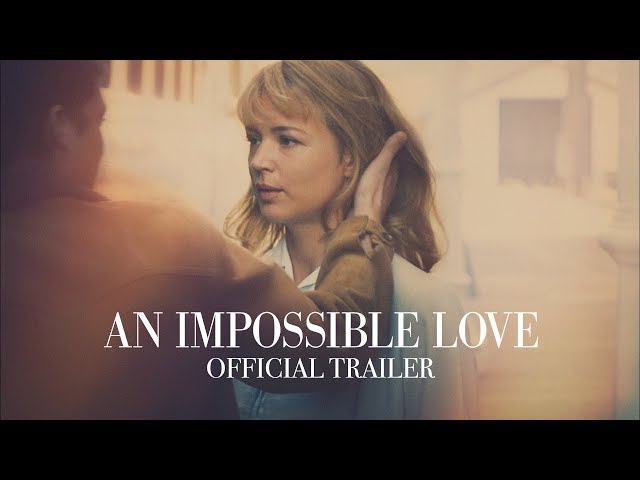