Billie has to come to terms with her mother transitioning to male in Australian indie 52 Tuesdays, on release in the UK now.

Billie (Tilda Cobham-Hervey) is a sixteen-year-old Adelaide schoolgirl. Her parents have separated and her mother (Del Herbert-Jane) has started the process of transitioning to male. From now on, his name will be James. Billie’s contact with her mother is limited to a few hours after school, one day a week, on Tuesdays.

52 Tuesdays is set over a year of Tuesdays and was filmed over the same period – from the dates which appear on screen, August 2011 to August 2012. Director Sophie Hyde and cinematographer/editor Bryan Mason have a young child and the filming schedule was arranged around childcare. The script, by Matthew Cormack and Hyde, was written only about six weeks in advance of each shooting day and the cast, all non-professionals from Adelaide, were only given their scenes, only the ones their character was in, a week beforehand. Billie’s video diaries to camera, which structure the film, were shot later. The feature was then in editing for a year and premiered at Sundance in 2014.

Hyde has a documentary background and this is her first dramatic feature. The cast perform ably with some difficult subject matter. Over the year, Billie experiments with her sexuality with two slightly older schoolfriends, Jasmine (Imogen Archer) and Josh (Sam Althuizen), which has unexpected consequences. While she is most likely cisgendered, there is some play with androgyny as well. Meanwhile, James finds a lover, a female work colleague, and visits a trans convention in San Francisco, while going through the stages of transition: top surgery, testosterone injections which have to be discontinued following an adverse reaction.

There have been several films featuring transgender characters, some sympathetic, some well-meaning and some actively transphobic. Due to premiere at Venice as I write this is The Danish Girl starring Eddie Redmayne as 1920s transwoman Lili Elbe, one of the first recorded recipient of gender reassignment surgery. It’s certainly noticeable that films about transwomen are more numerous than films about transmen, the best-known of the latter being Boy’s Don’t Cry. So this makes 52 Tuesdays valuable in itself, though it’s an excellent film without that. Tilda Cobham-Hervey, sixteen when shooting started, has continued in an acting career and here she holds centre stage effortlessly. 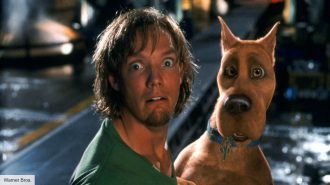