Michael Myers. The Shape. The looming figure that terrified the many in John Carpenter’s low-budget, high-thrills horror-slasher Halloween (1978). His considerably slow walk and unflinching character has been stretched out over time by the franchise, which now totals 11 films. As its latest was announced, it was hard not to wonder how this iconic villain would fare in this industry where ‘post-horror’ is now a thing. But Michael is back in David Gordon Green’s Halloween and he is more terrifying than ever, truly “nothing but pure evil”.

40 years after the original film and Myers’ murder spree, Gordon Green politely sweeps the occasional shaky sequels under the rug, playfully alluding to them - “No, it was not her brother, that was something people made up” - but instead maintains the focus of the original’s tell-tale style and wickedly fun twists.  Acknowledging the time gap, we see Laurie still struggling with the events of Halloween 1978. She’s spent her life training for the day when she would again come face to face with her tormenter Michael Myers, even sacrificing her marriage and relationships with her daughter, Karen (Judy Greer), and granddaughter, Allyson (Andi Matichak). Soon her wait will be over.

Jamie Lee Curtis embodies every aspect of Laurie. Her ferocity and tenacity is, in equal measure, saddening and awesome to behold, her mask occasionally slipping to allow glimpses of the broken person that she is, that Myers made her. Curtis’ chemistry with Greer and Matichak is grounded with a sense of realism that really works despite the somewhat flawed narrative choice to shoehorn in a teen drama storyline, perhaps as a nod to Laurie’s teenage years in the original. It serves very little purpose and takes away focus from the exploration of the family’s broken relationship. To see this badass trio of women, however briefly, take on a predator is simply glorious.

Once the night of All Hallow’s Eve descends, the film really comes into its own. After escaping from his transfer bus and tracking down his quintessential mask, Michael works his way through the streets of Haddonfield in a killing spree that rivals his original crimes. Working with cinematographer Michael Simmonds, Gordon Green manages to create a level of suspense so great that you collectively jump, and proceed to laugh, even if an audience member sneezes. Long static shots are mixed with point of view shots from the killer, a device used in the original to great effect. Visually, it is very sophisticated and helps to move the plot, and Michael, forward at a confidently creeping pace, intercutting it with terribly unpredictable acts of violence.

It goes to show the ruthlessness of Michael; you don’t know why he is so determined to find Laurie but you know that nothing will get in his way. The kills are generally creative, many calling back to the original film in a way that feels necessary rather than pandering. One, especially, is so brilliant it deservedly received a round of applause in my screening.

The director and cinematographer duo make great use of lighting throughout with the entire showdown between Laurie and Michael exploiting the darkness of the former’s self-made fortress. By bringing Michael into Laurie’s home, Gordon Green sets them on a level playing field, and lets them take turns being the predator and the prey. This final act is the strongest part of the film, bringing pure and total enjoyment, albeit in a scared-witless sort of way, as the two finally meet for the last time.

That said, this film isn’t by any means perfect. It’s littered with weak characters such as Allyson’s boyfriend Cameron (seasoned Blumhouse actor Dylan Arnold) and Michael’s psychiatrist Dr. Ranbir Sartain (Haluk Bilginer) both of who move the film into pulpy territory. Moreover, the first part of the film feels more like a game of ‘Spot the Michael’ than a careful and conscious slow-burn start, but it is still a fun game to play. 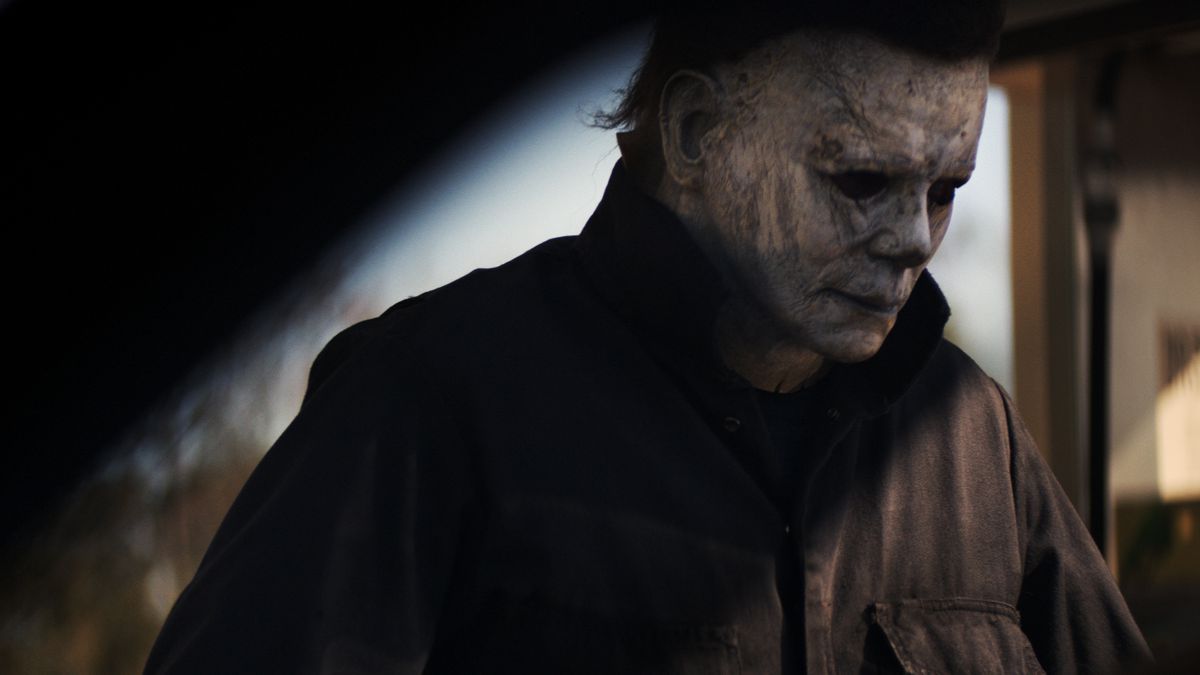 It isn’t quite as inventive or well-rounded as its predecessor, but it is equally as fun and frightening. It is an experience to be enjoyed with an audience, the more fans the better. Just like its phenomenal stripped-back score, Halloween is a simple horror film that is genuinely scary. To see Michael as a truly scary figure again is a wonderful sight, although lets hope he only shows up on the big screen this Halloween.

With a final showdown that is as stylish as it is scary, it's not quite as groundbreaking as the original but it's good to see Michael back in terrifying form.