Silent classic Safety Last!, Claire Denis’s sensual Beau Travail, and the problematic 1936 version of Show Boat are all reviewed in this month’s column. 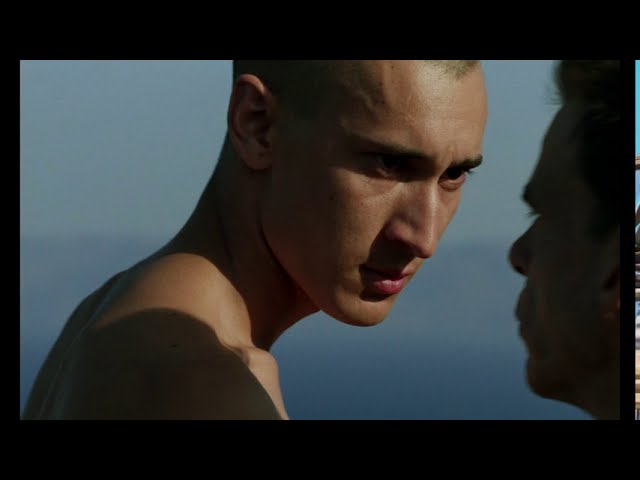 Safety Last! (1923) may be nearly 100 years old but remains as fresh as a daisy; its defining moment – Harold Lloyd hanging off a giant clock face, high above the streets of Los Angeles – about as iconic as cinema gets. This was the silent-movie legend’s fourth comedy feature after years doing one- and two-reel shorts, and he plays ‘The Boy’, a country bumpkin who moves to the city and pretends to make it big to impress ‘The Girl’ (Mildred Davis), his fiancée back home. But, in danger of losing his job as a humble sales assistant at a big department store, The Boy comes up with a PR stunt to attract more customers – getting his friend Limpy Bill (real-life human-fly Bill Strother) to scale the outside of the building. Unfortunately, Bill runs into trouble with the law and Lloyd is forced to attempt the terrifying feat in his stead.

The first 45 minutes are packed with visual gags (the one at the very beginning, which makes it look like Lloyd is about to be executed, is a doozy), as the star – and his directors Fred Neymeyer and Sam Taylor – put everything in place for a bravura final half-hour in which he scales the front of the store, only to find a troublesome parade of animals and inanimate objects blocking his way to the top. It’s gloriously, ferociously funny, yes, but a genuine feat of movie-making magic, too, as Lloyd and his collaborators perfected ideas and techniques they’d used on previous films to make it look like he was really hanging off the sheer face of a building several storeys up. Lloyd – whose everyman ‘Glasses Character’ put him in the same league as Keaton and Chaplin – made a series of so-called ‘thrill pictures’ in the ’20s and Safety Last! is one of the very best of them. Let’s have The Freshman – the star’s biggest box-office hit from 1925 – next, please Criterion.

Best supplement: Harold Lloyd: The Third Genius (108 mins) is a two-part television documentary shown on ITV back in 1989. Narrated by film director Lindsay Anderson (If…., O Lucky Man!) and full of contributions from a host of talking heads (including Jack Lemmon, Roddy McDowall, and Hal Roach), the doc offers a fairly exhaustive rummage through Lloyd’s life and career, including the star’s hardscrabble early years, the prop bomb accident that robbed him of a thumb and finger, his marriage to co-star Mildred Davis, and a wealth of stuff concerning his work (shorts, features, silents and talkies). If you want to know more about Lloyd, you’d be hard pressed to find a better place to start.

Also of note: Three of Lloyd’s early short films as the ‘Glasses Character’ – Take A Chance (1918), Young Mr. Jazz (1919), and His Royal Slyness (1920) –  digitally restored and with their own separate commentaries. Each is enormous fun.

An adaptation of the celebrated stage musical (itself based on a novel), James Whale’s Show Boat (1936) is very much of its time – indeed, to enjoy the film, be prepared to cut it some considerable slack. The story of a fractious acting troupe (“One big happy family!”) that travels up and down the Mississippi River performing in a floating theatre, it has what one might politely call a complicated relationship with race. At times, the film contains material that is genuinely horrifying (Irene Dunne performs a song in blackface), at others it’s keen to pursue a more progressive agenda (the expansion of Paul Robeson and Hattie McDaniel’s roles from the stage, its skewering of racism in the Deep South via Helen Morgan’s mixed-race character).

Underneath it all, you’ll find an emotionally involving love story (between Dunne’s aspiring actress and Allan Jones’s inveterate gambler) and many of the Jerome Kern/Oscar Hammerstein II’s songs stand the test of time (Can’t Help Lovin’ Dat Man remains an absolute banger). Meanwhile, director Whale – who, by this time, had already directed a clutch of horror films, including Frankenstein – gives the film a furious pace, that wouldn’t look out of place in some thrillers. But Show Boat‘s most celebrated moment comes early on when Robeson wraps his rich baritone around Ol’ Man River, a song with which he became synonymous for the rest of his life. Even 80-odd years on, its powerful evocation of the hardships suffered by African-Americans remains deeply resonant.

Best supplements: Paul Robeson: Tribute To An Artist, from 1979, is an Oscar-winning documentary about the actor/singer/activist, directed by Saul J. Turell and narrated by Sidney Poitier. It packs a lot into 30 minutes, but pays particular attention to Robeson’s political activism (he was a communist) and how it made him persona non grata in the US for over a decade in the 1940s and ’50s (they even confiscated his passport). Recognising Race In Show Boat (26 mins) features a fascinating interview with professor and author Shana L. Redmond, who is unsparing in her dissection of the stage show and film’s depictions of blackness.

Also of note: While American musical theatre historian Miles Kreuger’s audio commentary from 1989 is full of interesting titbits about the cast and crew, and how this version of Show Boat differs from the original novel, stage show and 1929 silent picture, to 21st Century ears his uncritical history of minstrelry and description of Dunne’s blackface performance as “delightful” are pretty hard to take.

Coincidentally, all three of this month’s new releases contain a single scene or moment which has come to define them. For Show Boat, it’s Ol’ Man River; for Safety Last!, it’s the giant clockface; and for Beau Travail (1999), it’s Denis Lavant’s extraordinary, frenetic dance to Corona’s song Rhythm Of The Night, which closes the film. It’s the only time we see Lavant’s character – Chief Adjutant Galoup, an officer in the French Foreign Legion – truly free and cutting loose. The rest of the time, he’s reserved, taciturn, buttoned-up, as he makes life miserable for the men who serve under him.

Based on Herman Melville’s novella Billy Budd and containing snatches of music from the Benjamin Britten opera it inspired, Claire Denis’s film is mostly set in Djibouti, director of photography Agnès Godard bringing the arid beauty of the East African country’s desertscapes and mountains to dizzying life. Denis’s storytelling is so elegant and stealthy you barely notice the film’s gear change halfway through, as Galoup vows to “destroy” a new Legion recruit – the handsome and athletic Gilles Sentain (Grégoire Colin) – of whom he is insanely jealous.

Sentain finds favour with the soldiers’ commandant, Bruno Forestier (Michel Subor unofficially reprising his role from Jean-Luc Godard’s 1963 film, Le Petit Soldat), and although Galoup is in a relationship with a young Djibouti woman, it is indicated his anger and envy stem from being in denial about the fact he’s gay. Whether he is attracted to his superior Forestier, or Sentain himself, isn’t made clear, but his inhibitions sit in stark contrast to the languid sensuality and buff homoerotism on display elsewhere in the film, as the shirtless Legionnaires are put through their paces in the baking heat of the Djibouti desert (hard physical exercise never looked so graceful or sensual as it does in the hands of choreographer Bernardo Montet).

Told in flashback, after Galoup has been thrown out of the Foreign Legion and exiled to Marseilles, Beau Travail is an elliptical and thoroughly melancholy film, with notions of shame at its centre (nods to France’s colonial past sit side by side with Galoup’s rejection of his own sexuality and deep regret at being court martialled). Criterion’s sumptuous 4K digital restoration does full justice to a modern masterpiece.

Best supplement: Oscar-winner and new Disney signing Barry Jenkins (Moonlight) talks to Denis about Beau Travail via Zoom (he’s in Los Angeles, she in Paris). Their 30-minute conversation is made more piquant by the fact it happened back in May, only a few days after George Floyd’s murder by a police officer in Minneapolis. Jenkins is still reeling from the news and its aftermath, his outrage and confusion spilling over into the discussion, making it a whole lot less cosy than it might otherwise have been.

Also of note: A great interview with an amusingly dishevelled Lavant (29 mins), who talks about his “psychic connection” with Denis and how he almost pulled out of Beau Travail due to a year-long delay before shooting. DOP Godard provides commentary over a selection of scenes (22 mins) and I was particularly struck by the revelation she and Denis were “shooting blind” because their remote location in East Africa meant they were unable to see dailies.

Finally, here’s a round-up of Criterion’s schedule of releases for the rest of the year.