The list of memorable fictional rap films is extremely short considering how dominant the music has become over the past 30 years and the effects of hip-hop culture everywhere you look. Bodied is another film trying to capture the intensity of battle rap, something that the soon to be released VS. is also looking to do. The film has been floating around the festival circuit since 2017’s TIFF but is only now getting a release date in the US. Check out the trailer for Bodied above to see more.

A progressive graduate student finds success and sparks outrage when his interest in battle rap as a thesis subject becomes a competitive obsession.Words are weapons in the world’s most brutal lyrical sport in a film that is a go-for-the-jugular, hilarious look inside the competitive world of rap battles.

Joseph Kahn directs and writes his second film after almost 20 years making music videos for the likes of Eminem, DMX, Britney Spears and a list as long as your arm of the some of the biggest music stars from the past two decades.

Bodied opens in US theatres on November 2nd. It is a YouTube production and will probably be available worldwide early next year. 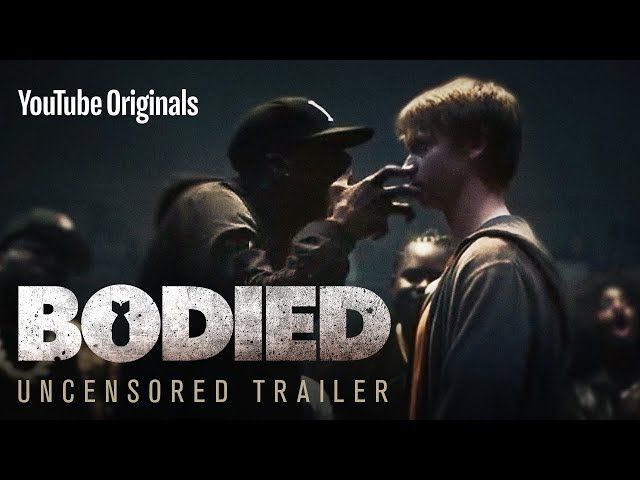