On his most dangerous mission ever, the world’s toughest secret agent isn’t going in alone 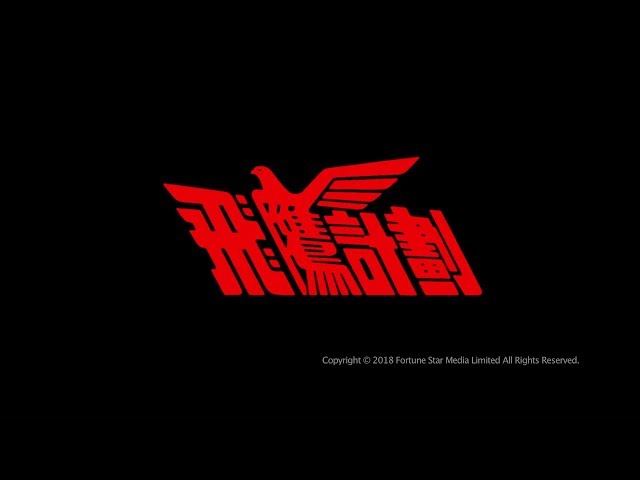 More accustomed to working with relatively modest budgets, Hong Kong studio Golden Harvest decided to pull out all the stops for Jackie Chan’s Armour of God 2: Operation Condor (1991). Filmed over a period of 9 months, it cost a whopping $HK 115 million to make which, at that time, was the most expensive Hong Kong production ever. It is easy to see where the money was spent, by way of lavish sets, combined with extensive location work across Spain, Morocco and the Philippines. The sweeping desert vistas seen later in the film certainly make this look very grand scale, compared to the star’s considerably cheaper early work filmed closer to home.

Chan’s previous film to this as director, the underrated 1930s set comedy drama Miracles (1989) – inspired by Frank Capra’s classic Lady for a Day – had performed poorly at the Asian box office. Anxious for a hit next time around, Chan decided to play safe and revisit a successful formula, bringing back his globe-trotting fortune hunter Asian Hawk from the original Armour of God (1986), a character very much in the style of Indiana Jones. Confusingly, in the sequel Hawk is known as “Condor”, or even referred to simply as Jackie. I’m just thankful they avoided calling him Condorman, which might bring back unwanted memories of that truly dreadful Disney film starring Michael Crawford.

Operation Condor finds our intrepid adventurer hired to retrieve a huge cache of Nazi gold, cunningly stashed away in a military base below the Sahara, decades before at the end of World War II. Accompanying him on the mission is special agent Ada (Carol Cheng), together with a German woman named Elsa (played by Spanish actress Eva Cobo), who we learn has a connection to the gold. A third female companion, Japanese street seller Momoko (Shôko Ikeda), joins them along the way – Chan clearly trying to make his film appeal to a wide international audience.

This treasure appears to be the worst kept secret, as there is soon a pair of bungling Middle Eastern thieves persistently on their tail, not to mention a gang of mercenaries, all intent on getting their hands on the stash. This provides Chan with ample opportunity to showcase his extraordinary lightning-fast acrobatic skills, combined with plenty of comedic flourishes. An early breakneck car chase through the streets of Barcelona, expertly staged by veteran stunt co-ordinator Remy Julienne, gets the adrenaline pumping. There is a heart stopping moment when Chan flips across the rafters of a building as vehicles jump perilously close underneath. Nowadays such a dangerous sequence would be achieved safely with green screen, but these were the days where scant regard was given to health and safety. This brilliantly executed set piece also manages to incorporate both a runaway pram and an incredible motorcycle leap from the harbour.

As with many of Chan’s films, logic takes a back seat and dialogue is often perfunctory – seemingly prepared on the hoof, with far more emphasis given to the visual spectacle. As you might expect given the stars reputation as a perfectionist, the martial arts on display is performed with all the grace and precision of a Busby Berkeley dance routine. Much of the humour is engagingly silly too, with Condor in one scene feigning a scorpion sting to evade capture, twitching his limbs and shamelessly gurning. While none of the characters have much depth, his three co-stars work hard to at least make the comedy routines work. The gags can be a little hit and miss in Chan’s films, but they work here more often than not, managing to raise a smile.

There are moments of inspired slapstick here that even evoke memories of the silent era genius of Buster Keaton and Harold Lloyd. A dazzling climax in which Chan struggles valiantly to stay upright in a giant wind tunnel within the Nazi bunker recalls the storm sequence in Keaton’s classic Steamboat Bill, Jr. (1928). As our hero tries fearlessly to take on an opponent before a giant turbine, a gust hurls Condor through the air like Superman, before pinning him to a high wall like a bug on the windshield. The sheer ferocity of the airstream contorts his face into hilarious expressions. In a long career spanning nearly 60 years, Operation Condor still ranks high alongside Chan’s finest work.

Armour of God II: Operation Condor is presented in a new 2K remaster taken from the OCN, preserving the correct Technovison anamorphic ratio of 2.35:1. We are treated to two cuts of the film: the original 107 min HK version (as released earlier in the UK) and a previously unreleased extended 117 version. The longer version does not contain any scenes of great significance, so I prefer the HK theatrical cut for pacing reasons, though fans will nevertheless want to still see both. Thankfully, not included here is the dismal US version that was released by Miramax during 1997, which mercilessly removed 18 minutes and much of the comedy – not to mention rescoring the film.

The image is robust throughout, displaying bold colours and a good level of detail. No signs of damage were observed.

Audio is clear and distinct and comes with various options: Cantonese mono (used theatrically), Cantonese 2.0 surround mix (used for earlier home releases) and a classic English dub. Purists will no doubt opt for one of the first 2 options, though the dubbing is not badly done in this case – voices seem appropriate in most cases.

Newly translated English subtitles are included for both cuts of the film.

The film retains its 15 rating in the UK. 88 Films is one of the first UK labels to utilise new design BBFC certificates on their physical releases. A revised style was introduced by the BBFC in April 2020, but its use is currently optional during a transitional period, so the old design can still be used up until October 2020 when the revision becomes mandatory.

A new interview with Canadian martial arts expert Bruce Fontaine, who discusses his career and adventures in the Hong Kong film industry.

A further planned video interview with lead stuntman Vincent Lyn was prevented due to the Covid Pandemic, though fear not, as it appears in text form within the pages of a marvellous 52-page collector’s booklet. Besides this extended interview, the booklet is also packed with rare colour stills, publicity material and a further interesting essay on the Asian Hawk films. I urge you to buy an early pressing of this release, in case this great little booklet doesn’t come with future reissues.

The disc is available now from 88 Films.