Disenchanted, the highly anticipated sequel to Disney’s hit film Enchanted, has finally wrapped up production. Although details about the romance movie are scarce, director Adam Shankman, took to social media to share the milestone with followers – while also confirming that the film will be arriving on the streaming service Disney Plus sometime in 2022.

In 2007 the Disney movie Enchanted told the story of Giselle (Amy Adams), a young woman in an animated movie who is transported to the real world by her prince’s (James Marsden) evil mother. While navigating the streets of New York to find a way back to her cartoon home, she sings, dances, and ends up meeting her true love (Patrick Dempsey). Disenchanted takes place fifteen years after the first movie. Plot details are currently being kept under wraps. However, we know that Patrick Dempsey, James Marsden, and Idina Menzel will be returning to star in the sequel.

On Wednesday, the director posted a picture on Instagram of him and star Amy Adams holding hands while looking off into the distance. “Myself and Giselle.. errr.. Amy Adams would just like to say: And that’s a wrap,” the picture’s caption reads. “Coming to you in 2022.”

Other confirmed cast members include Maya Rudolph, Yvette Nicole Brown, and Jayma Mays, who star as Disenchanted’s new band of villains. Gabriella Baldacchino will also be joining the cast line-up as the older version of Morgan Philip, Dempsey’s character’s daughter. During an interview with Variety, Dempsey said that the sequel has been a long time coming, and that it won’t be the typical family movie that we are used to.

“Every year, they were like, ‘We’re going to do this. It’s going to get done,’ but then no one could agree on the script,” Dempsey said. “It’s such an important film for them, and it’s a satire. It’s not a typical Disney movie. It’s kind of off-brand a little bit. Yet we give honour to all of those Disney movies that have come before, and they finally now have figured it out. And we’re old enough, so it’s like a midlife crisis movie.”

While we wait for more information about Disenchanted’s plot, and keep our fingers crossed that a trailer will drop soon, why not read our list of the best kids movies for more wholesome fun. 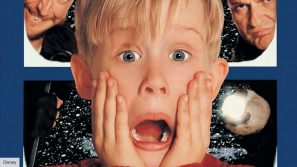