In case you hadn’t heard, DC has some particular internal policies about Batman’s sex life. Everyone with a Twitter account has been weighing in on this, including Zack Snyder, director of several DCEU movies, and more recently, Army of the Dead.

Basically, the producers of Harley Quinn wanted to have a scene where Batman performs oral sex on Catwoman. The powers that be at DC were steadfast against such a thing, claiming “Heroes don’t do that.” The internet, including many creators who’ve been involved with the Dark Knight over the years, have disagreed.

Keeping it brief and to the point, Snyder tweeted out an image of Batman and Catwoman engaged in some NSFW activities, with the caption, “Canon”. If you had any reservations about where the director of Batman V Superman: Dawn of Justice and Justice League stands in this whole debacle, there’s your answer. And from a casual look through his replies and quote-retweets, he is most assuredly not alone in his perspective. Naturally, Twitter lit up, and Snyder’s post swiftly went viral.

Val Kilmer, who played Bruce Wayne/Batman in 1996’s Batman Forever, also sent out a tweet on the subject. His was slightly more open-ended – and SFW – with a gif from Forever of Dr. Chase Meridian (Nicole Kidman) telling Batman “We could give it a try. I’ll bring the wine…”, Killmer adding “Does he or doesn’t he…?”

Does he or doesn’t he…? pic.twitter.com/oGVfqf0tUx

Regardless of any opinions, it’s certainly made for some spirited talk about Bruce Wayne’s private life. Robert Pattinson is set to be our next live-action Batman in 2022’s The Batman, directed by Matt Reeves. If and when he decides to comment, we’ll be sure to let you know.

In the mood for some DC fun? Here’s how to watch the Arrowverse in order. 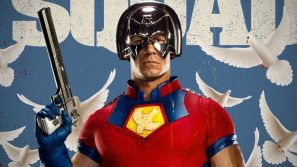