Warner Bros is making some big changes that involve using the Marvel Cinematic Universe as a goalpost for its future DCEU strategy. During the 2022 Warner Bros. Discovery second quarter investor call (via Collider), CEO David Zaslav revealed a ten-year plan for the future of the DC movies at the studio.

“We have done a reset. We’ve structured the business. There will be a team with a 10-year plan focusing just on DC. It’s very similar to the structure that Alan Horne and Bob Iger put together very effectively with Kevin Feige at Disney,” Zaslav explained. “We think we could build a long-term, much more sustainable growth business out of DC, and as part of that, we’re going to focus on quality.”

“We’re not going to release any film before it’s ready,” he continued. “The focus is going to be, how do we make each of these films, in general, as good as possible? DC is something we can make better, and we’re focused on it now.”

In Zaslav’s statement, he references Iger and Horne, who helped lead Kevin Feige (President of Marvel Studios) in creating one of Hollywood’s most popular and profitable franchises. Marvel content is heavily planned out in advance, with action movies and TV series mapped out in great detail years ahead of their release date.

Warner’s tried to mimic the Marvel machine in 2014 when it announced a slate of ten superhero movies, including Man of Steel and Justice League, to be released from 2016 to 2020. However, these plans didn’t really work, with projects being delayed, shelved, and in total, only six flicks ended up being shared with the general public.

The studio has already begun rolling out plans to focus on the DCEU, with Batgirl being cancelled in the process as it didn’t fit in the new business mission. Currently, five action movies are still set to release: Aquaman 2, Black Adam, The Flash, Shazam 2, and Blue Beetle.

Surprisingly, despite the aforementioned Batgirl shelving, Warner Bros is also straying away from the DCEU and Marvel structure in some aspects. Although the studio has reaffirmed its commitment to a sprawling franchise, it will still release the sequel to the 2019 standalone drama movie Joker 2 – titled Joker: Folie à Deux. 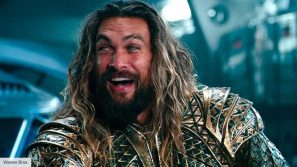