After years of waiting, James Gunn’s eagerly-anticipated superhero movie, The Suicide Squad, is finally here in all its anarchic glory. Unlike ordinary films about people with a propensity for spandex and capes though this action movie doesn’t feature a team of heroic do-gooders; instead, it’s made up of supervillains.

Supervillains come in all shapes and sizes. You’ve got your standard mad scientist, the conquering warlord, and your merciless mercenaries. But of all the weird and wonderful villains featured in The Suicide Squad, few bad guys are as strange and out there as the film’s bizarre big bad, Project Starfish, aka Starro the Conqueror.

But who is Starro the Conqueror? What is the ominously named Project Starfish? And what does the villain’s appearance mean for the DCEU? To answer these questions, we’ve consulted with the nefarious Thinker, been through all the files in Jotunheim, and watched The Suicide Squad with a forensic eye to bring you all the details we can about this extraterrestrial conqueror who came from deepest darkest space. Warning this article contains spoilers for The Suicide Squad.

What is Project Starfish?

Project Starfish is why Task Force X, aka the Suicide Squad, was sent to Corto Maltese. The team was tasked with sneaking onto the island and then infiltrating Jotunheim, a tower at the island’s heart, where the project was based. Gaius Grieves (Peter Capaldi), better known as the villainous Thinker, ran the project, which involved performing unspeakable experiments on those who tried to rebel against Corto Maltese’s ruling family.

These experiments involved a psychic starfish that US astronauts discovered in outer space that Grieves nicknamed Starro the Conqueror. This bizarre alien is capable of producing miniature versions of itself that attach themselves to an unfortunate hosts face (think the Facehugger from the Alien movies) and turn their unfortunate hosts into zombies that the cosmic nightmare can control through telepathy – it’s pretty horrific. It gets worse, though, because the more people that Starro possesses, the larger he grows. 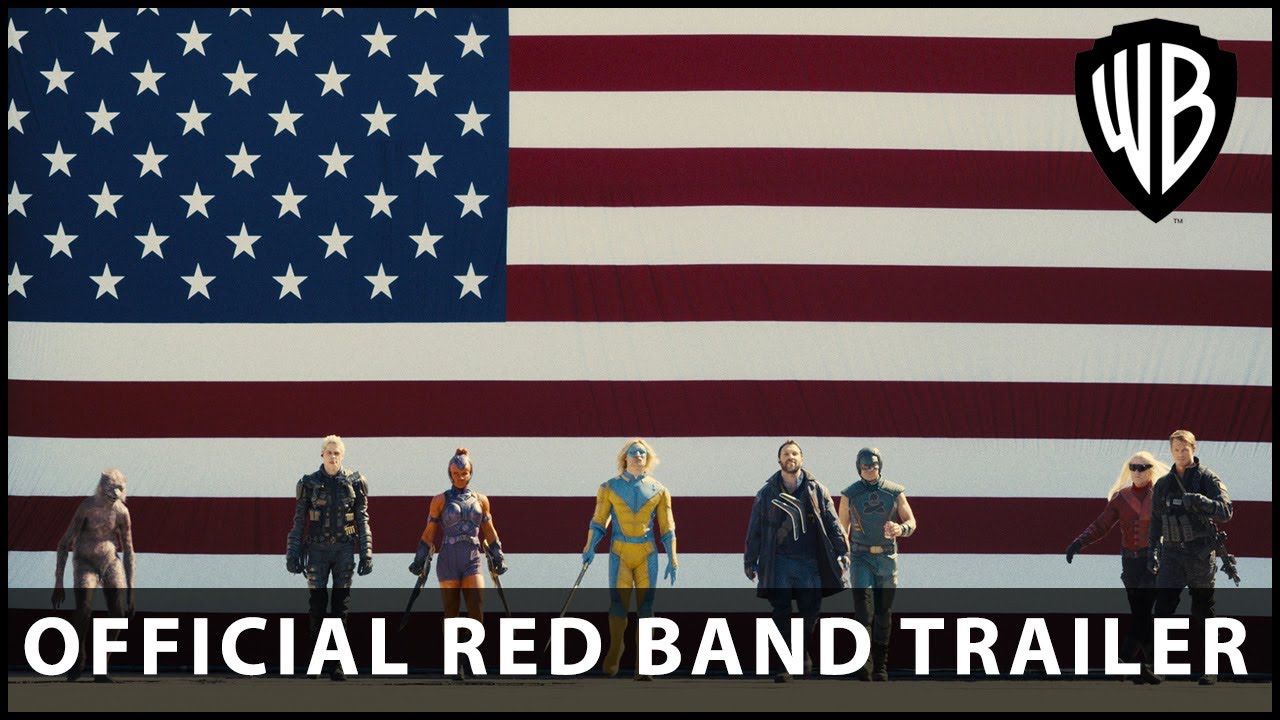 Based on Grieves’ comments, we can presume that the aim of the project was to find a way to control Starro so they could weaponise it and its ability to turn entire populations into an army of mind-controlled zombies.

As we explained in our Suicide Squad ending, the movie’s big twist is that the Corto Maltese government isn’t really running the project. Instead, it’s the US government that has been pulling the strings. The government just didn’t want these illegal experiments happening on American soil, so it moved them offshore and left Grieves in charge.

The reason Waller (Viola Davies) sent the Squad to the island in the first place wasn’t that she wanted to stop Starro, the experiments, or help the people of Corto Maltese. Instead, she just wanted to destroy any evidence of US involvement with Project Starfish. Fortunately, the Squad felt differently about this and, after accidentally freeing the Conqueror, put a stop to the kaiju sized starfish. 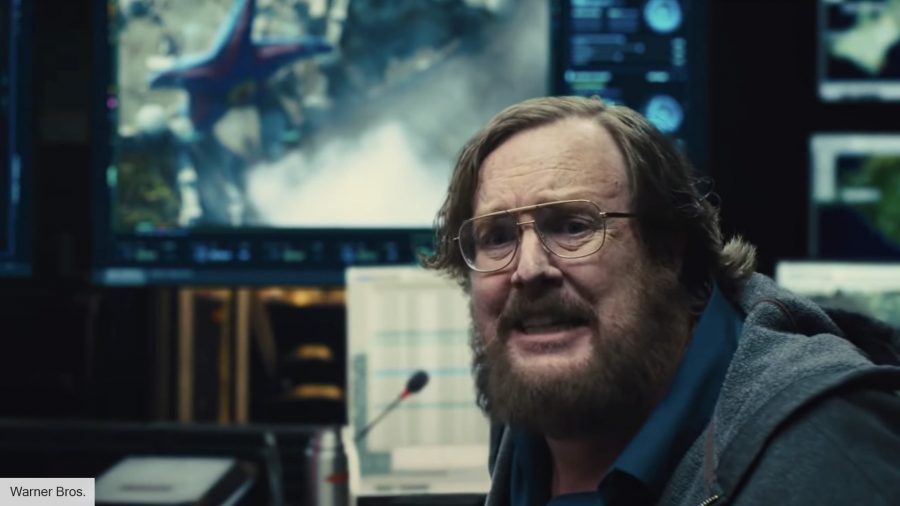 Who is Starro the Conqueror?

First introduced in The Brave and the Bold #28, Starro the Conqueror was the first villain to battle the Justice League of America. The character is a colossal starfish-like alien capable of generating miniature parasitic clones that attach themselves to a host’s face, allowing Starro to control the host.

Boasting vast telepathic powers, nigh-invulnerability, and the ability to fire energy blasts, Starro is one of the DC comic universe’s gravest threats, having conquered countless worlds. Over the years, the character’s battled the Justice League, the Green Lantern Corps, and even The Avengers at one point.

In recent years though, the character’s had something of a heroic turn, joining forces with The Justice League and sacrificing themselves to save the Universe from destruction. Starro survived thanks to one of its spores, which Batman adopted and raised as his new son “Jarro” – yes, really, comics are weird.

We saw Starro produce clones plenty of times during The Suicide Squad, so it’s possible the character survived his ultimate defeat at the end of the movie, so who knows, maybe we’ll eventually get Jarro on the big screen. Make it happen, James Gunn. 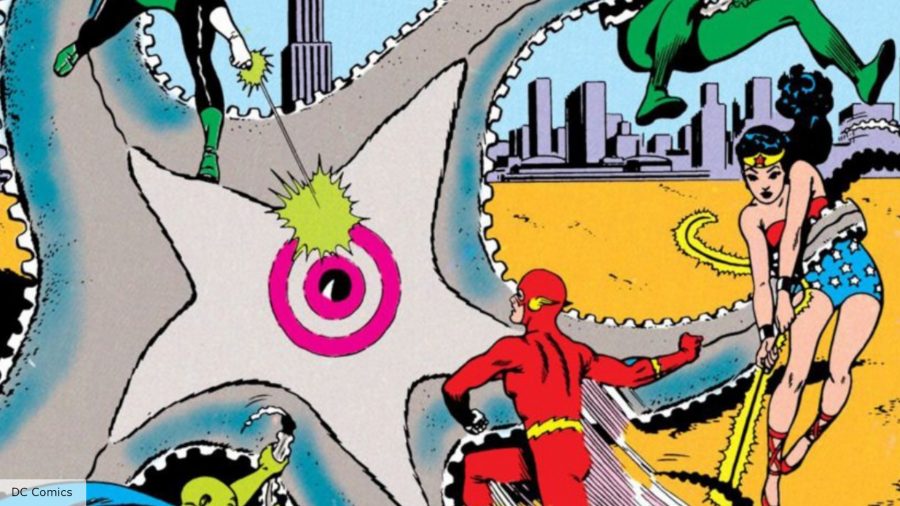 In the DCEU, Starro shares many of his comicbook counterparts abilities, most notably his invulnerability and mind control abilities. Although the silver screen version clearly lacks the power of flight and energy projection that his counterpart enjoys. Also, in the comics, Starro’s spores are relatively easily removed from their hosts, while the film version’s clones (judging by the scene in Grieves’s lab) seem pretty permanently attached to their unfortunate victim’s faces.

If you need to know more about The Suicide Squad, check out our guides on Peacemaker and Ratcatcher.