What is The Flash movie release date? For one of the fastest superheroes in all of the comics, The Flash’s solo movie has certainly taken its sweet time getting into cinemas. Warner Bros has been trying to get the hero on-screen since 2004, but the DCEU movie stumbled at every hurdle for several reasons – whether it’s the script, the director, or finding the right actor for the role. Sure, The Flash appeared in other movies like The Lego Batman Movie and Justice League, but Barry Allen has yet to lead a film all by himself, until now.

The Scarlet Speedster is finally getting his chance to shine in an adventure that will cross into alternate universes while introducing heroes old and new. Ezra Miller is picking up the hero’s signature red and gold look once again after starring next to other huge DC characters in Justice League and the extended version of the film, Zack Snyder’s Justice League. It’s clear that this new story will push the Flash into some very strange directions which will widen the DC Extended Universe like never before.

And yes, this is completely separate from The Flash TV series. However, Grant Gustin’s version of the speedster and Ezra Miller’s Barry Allen briefly met during the Crisis on Infinite Earths crossover thanks to some multiverse/Speed Force shenanigans. Now that we’ve got that out of the way, here’s everything we know about The Flash movie.

THE FLASH RELEASE DATE: WHEN IS THE FLASH OUT?

The Flash races into theatres on November 4, 2022. The Flash has had so many release dates over the last 17 years it’s actually amazing that the film is finally coming to the big screen. Even if we’re just focusing on the DCEU version of the speedster, he was originally meant to get his own film back in 2016. Yeah, it’s safe to say that didn’t happen.

From there, Ezra Miller’s Barry Allen was slated to arrive in March 2018, before being pushed when director/writer Seth Graeme-Green left the project due to the age-old answer: “Creative differences.” Interesting. Anyway, Warner Bros. then aimed for a 2021 release date thanks to Ezra Miller’s commitments to another globally beloved franchise *checks notes* Fantastic Beasts and Where to Find Them.

Like most movies set for the last year or so, The Flash was then delayed even further thanks to the pandemic. But with IT director Andy Muschietti onboard, it finally seemed like Barry Allen’s luck had finally changed.

The movie started production in April 2021, and it finished filming in early October 2021 — although plenty of photos and videos from the set made their way online so fans already got a good look at some of the characters in the story. 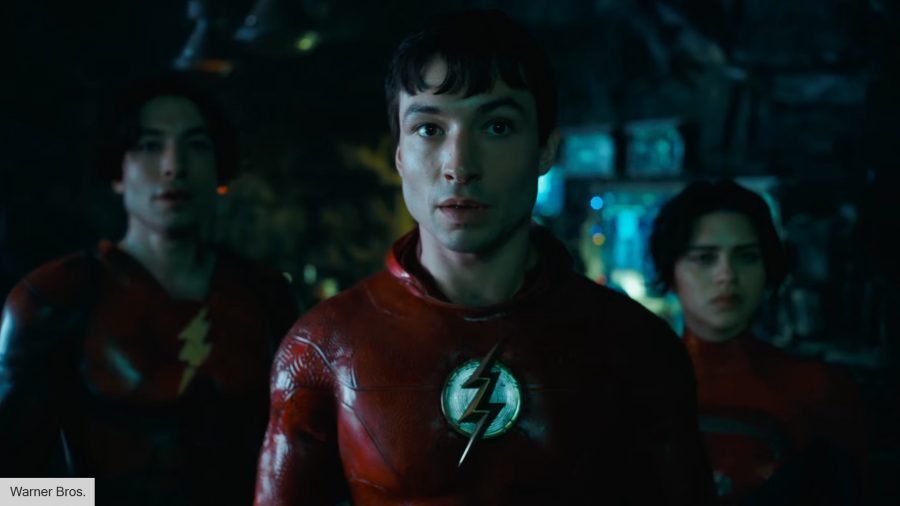 THE FLASH PLOT: WHAT happens IN THE FLASH?

Since The Flash has been around in the comics for the last 80 years, it’s safe to say that the speedster has a wealth of stories and villains for director Andy Muschietti and scriptwriter Christina Hodson to choose from. Hodson has clearly impressed Warner Bros with her work on 2019’s Birds of Prey because she’s also writing the Batgirl movie for the Bad Boys For Life directors, Adil El Arbi and Bilall Fallah.

The story will borrow from the Flashpoint comics by Geoff Johns, as Barry Allen tries to travel back in time to stop his mother from being murdered when he was a young boy. Obviously, anyone who’s ever watched Back to the Future or The Butterfly Effect will know that changing something in the past will have drastic repercussions in the future.

So if he saves his Mother, Barry will set the world on a bizarre new path. The film will also see him travel through the multiverse, as both Ben Affleck and Michael Keaton will reprise their roles as their respective Batmen.

Yes, you read that right. Michael Keaton is stepping back into the cape and cowl for the first time since 1992’s Batman Returns. He’s not the only hero showing up to fight alongside The Flash, though, as The Young and The Restless star Sasha Calle will make her DCEU debut as Supergirl.

Although for the moment, it’s not clear whether she’s playing Supergirl herself, Kara Zor-El, or if she’s a different version of Superman from somewhere in the multiverse. After all, she has a very similar suit to Henry Cavill’s iconic dark blue costume, albeit with bright red shoulders. 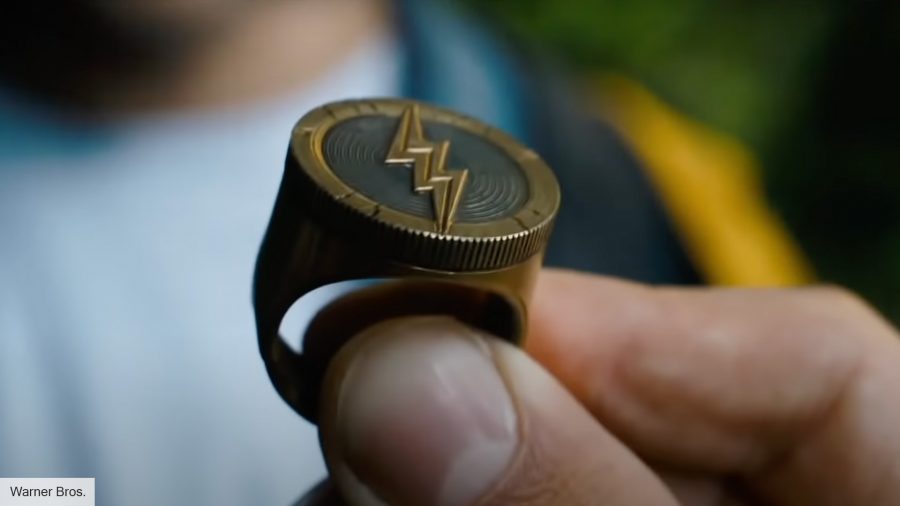 THE FLASH TRAILER: DOES THE FLASH HAVE A TRAILER?

DC FanDome 2021 treated fans to a look at what’s ahead for the big and small screen over the next year – including a stunning new trailer for The Batman, a sneak peek at Black Adam, and a behind-the-scenes look at Shazam: Fury of the Gods. But audiences were also given a surprising first teaser for The Flash, which teases a grand adventure for Ezra Miller’s Barry Allen. 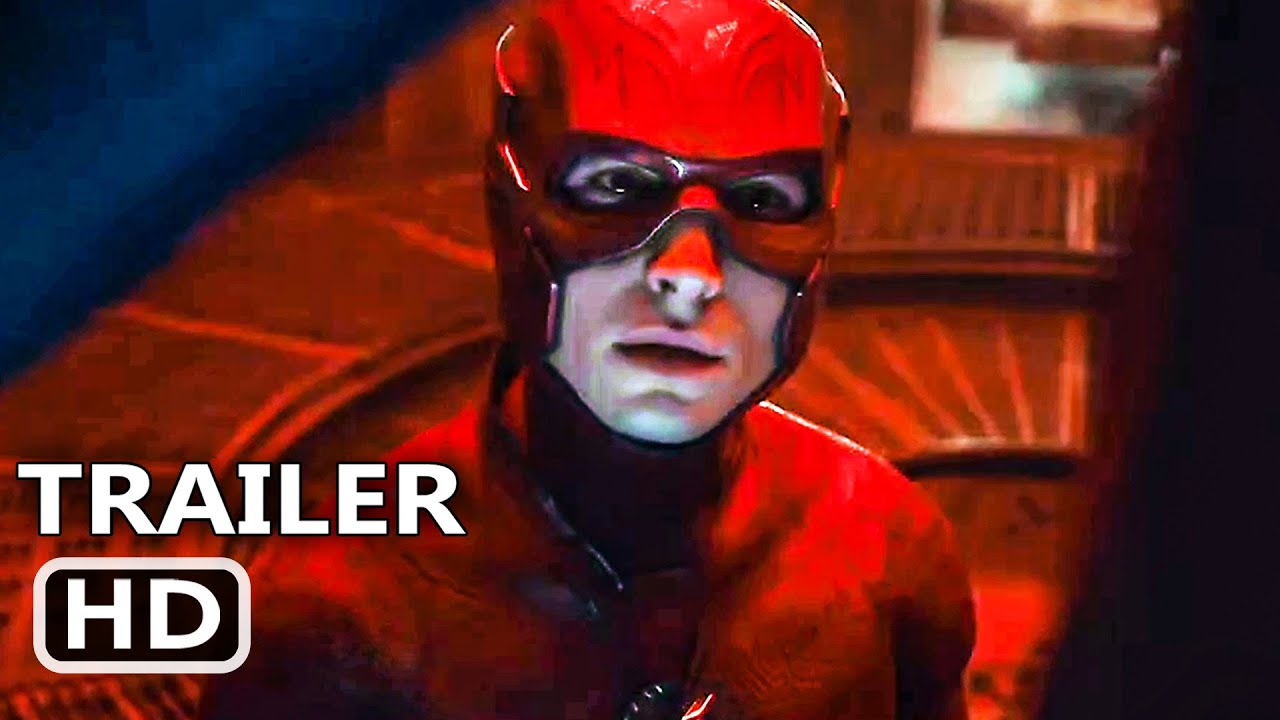 The footage starts by showing two different versions of Barry Allen showing up at an abandoned version of Wayne Manor. We also get to see The Flash’s new costume, which is a much sleeker look than his armoured suit in Justice League, and it’s also flowing with energy which is generated by the hero when he runs.

From there we see a make-shift version of the costume being made for the other Barry in the trailer, as well as the iconic Flash-ring which the hero keeps his suit in. The teaser’s most dramatic moment sees Keaton’s Batman stand in front of the camera (just to keep audiences excited about his return to the role) before the Barrys and Supergirl stand together in the Bat-Cave.

The other fastest man alive: The Arrowverse in order

It’s interesting that the second Barry stands in the spray-painted Flash suit, and if Andy Muschietti’s Instagram is anything to go by, this is actually a modified version of Keaton’s Batsuit. The footage ends on a funny moment where Barry 2 pulls off the cover of what looks like Keaton’s Batmobile, so hopefully, we get to see that in action too. 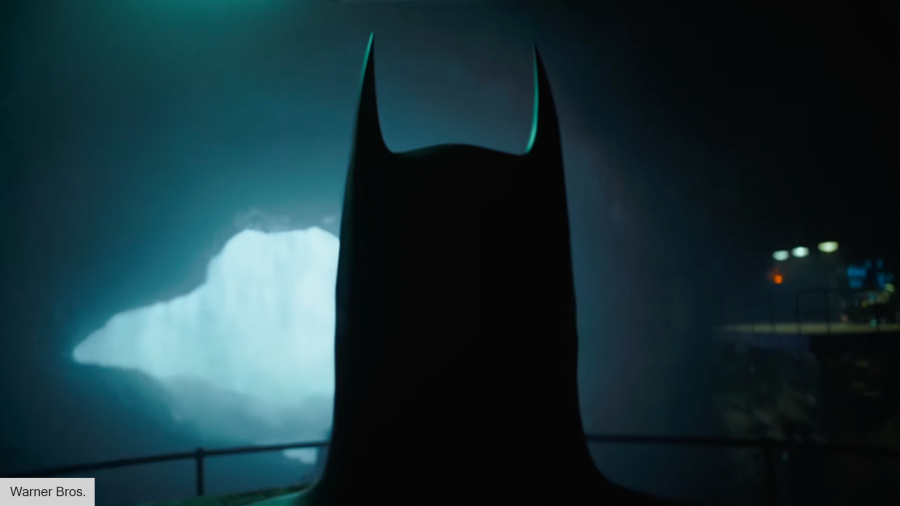 THE FLASH CAST: WHO IS IN THE FLASH Movie?

In case it wasn’t obvious, Ezra Miller is reprising his role as Barry Allen in the DCEU, after briefly appearing in Batman v Superman: Dawn of Justice and Suicide Squad, before his main role in Justice League. Surprisingly he’ll be playing multiple versions of The Flash in the film, although many fans are already speculating that the second version is actually Eobard Thawne, A.K.A. the Reverse-Flash.

He’s Barry’s archnemesis from the 31st century and is so obsessed with the hero that he even gets plastic surgery to look like him; yikes! Thawne is a key part of the Flashpoint storyline in the comics, so it’d be interesting to bring him into the movie in this way.

Joining Miller is Sasha Calle as Supergirl, as well as Michael Keaton and Ben Affleck as two different versions of Batman from throughout the multiverse. Kiersey Clemons is also set to finally get some of the spotlight as Barry’s love interest, Iris West. She appears in Zack Snyder’s Justice League but only very briefly – so hopefully, she has more to do than just be a damsel in distress this time around.

Meanwhile, Ron Livingston is replacing Billy Crudup as Henry Allen, Barry’s father, who is wrongly convicted of murdering his wife, Nora Allen. He’s spent most of the hero’s life behind bars, which is what motivates the speedster to become a crime scene investigator in the first place. And finally, Maribel Verdú is playing Nora Allen, and there’s no doubt that Barry’s reunion with her could be quite emotional. Someone pass the tissues, please. 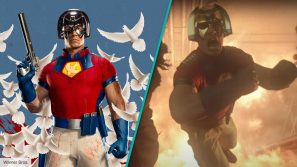