Not even Gotham’s caped crusader can fight a pandemic. Actor Jeffrey Wright, who plays Commissioner Gordan in Matt Reeve’s upcoming Batman movie, has shared how terrifying it was filming the superhero flick during Covid-19.

After James Gunn’s action movie, The Suicide Squad, released earlier this year, The Batman is set to be the DCEU’s next movie. The film will introduce Robert Pattison as everyone’s favourite crime-fighting millionaire, seeing the actor join the Batman ranks alongside Ben Affleck and Michael Keaton – who will both be reprising their roles for The Flash. However, despite being one of many Bruce Waynes, Pattison has promised that his take on the character will be “radically different” from the rest of his Batmen counterparts.

Anticipation for seeing Pattison in the black suit aside, Jeffrey Wright has shared that filming the upcoming movie was an ordeal. During an interview at the Telluride Film Festival, Wright recalled working on The Batman’s set during the height of the Covid-19 pandemic. Courtesy of IndieWire, the star shared how an actor coughed in between takes and recalled how “every head in the room swivelled toward that.” Following said incident, the decision was made to halt filming in the UK as there was a positive Covid test among the cast and crew.

“I was having conversations with [producer Dylan Wright] where I was like, “Hey, man, what exactly are we going to be doing here going forward?” At that time, there were no travel restrictions from the UK, but the numbers were rising, Wright recalled. “I called my agent and said, “We have to get out of here. We may be isolated here. There’s no way in hell we’re going to be shooting. It’s about to go down.”

Despite the Covid related delays, The Batman wrapped filming in March and is now set to release in March 2022. While we all wait for Pattison to make his big Gotham debut, you can find more crime-fighting action with our guide to the Marvel Cinematic Universe. 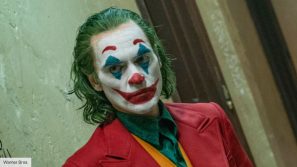