When The Suicide Squad director James Gunn made the jump from the Marvel Cinematic Universe to the DCEU, he took a few MCU actors with him. Michael Rooker and his brother Sean Gunn obviously came with him (they’re his good luck charms at this point), and Gunn’s been very open about trying to get Dave Bautista to star in The Suicide Squad.

But another member of The Guardians also went with him for a secret cameo. Gunn said he was surprised no film journalists or critics noticed the cheeky appearance and refused to reveal who it was when asked. What Gunn didn’t bank on, though, was the innumerable eyes of general audiences who immediately spotted the cameo.

Pom Klementieff, who plays Mantis in the Guardians of the Galaxy, is the Marvel actor in question. She makes a blink and you’ll miss it cameo as a dancer during a scene where Bloodsport, Peacemaker, Rick Flagg, Polka-Dot Man, and Ratcatcher sneak into a bar to capture the super-smart supervillain The Thinker.

It’s more of an easter egg than a cameo, she doesn’t have any lines, and you only see her for a few seconds, but it’s nice to see some cross-pollination between Marvel and DC. Gunn himself has been teasing fans recently with the whiff of an MCU/DCEU crossover. He admitted to having “casual” conversations with Marvel about a possible Groot and Harley Quinn crossover.

“I’ve actually talked about that to the heads of both Marvel and DC, but, you know, it’s like, they — you know, everybody’s open to everything,” Gunn told Collider. “But whether anything would ever happen, who knows? But the idea of being able to bring Marvel and DC together in a movie is, that would be really fun for me.” 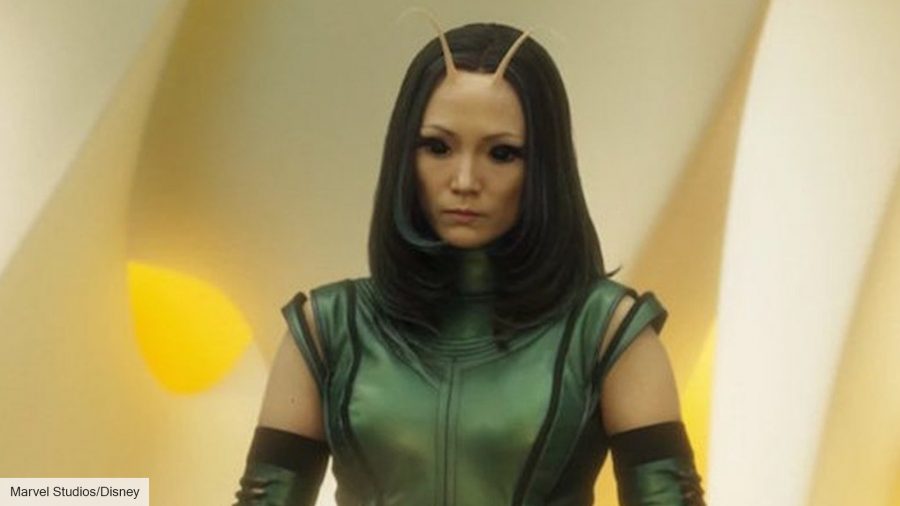 He went on to say that both Kevin Feige at Marvel and his opposite number Toby Emmerich over at Warner Bros were both receptive to the idea. Gunn then admitted that the issue is whether they could get through “the Berlin Wall of lawyers” we they would need to get through to make a crossover happen.

Still, stranger things have happened. If you prefer tour superheroes on the small screen, check out our guide to the Arrowverse.