The Justice League has had an interesting journey to the big screen. The 2017 DCEU movie was a critical failure with reviewers hating the condensed plot and the paint-by-numbers CGI villain. It wasn’t even a success at the box office – scraping in $656 million worldwide – when it reportedly needed to earn $750 million just to break even. Ouch. So why did this happen?

Well, after director Zack Snyder left the project following a heartbreaking family tragedy, Warner Bros. called on Joss Whedon to pick up where he left off. After all, he’d proved that he could steer a big-budget superhero adventure to success with the MCU’s Avengers Assemble and Avengers: Age of Ultron. But the director rewrote huge parts of the Justice League story, changing its ending, and pumping it full of Whedon’s trademark humour. So fans were given a bizarre Frankenstein of a movie, as Snyder’s dark brooding style clashed with Whedon’s joke-a-minute approach.

This led to a huge fan campaign which called on Warner Bros. to release Snyder’s original vision for the film. The movement only grew bigger following all of the allegations of abuse which were levelled at Joss Whedon and a number of Warner Bros. executives about the initial reshoots on the theatrical cut. Eventually, the studio gave the project the green light, and Zack Snyder’s Justice League was finally released in its entirety in 2021. But the epic adventure movie leaves the door wide open for a return, because although the team defeats Steppenwolf – Darkseid is waiting on the other side of the Boom Tube. So, what do we know about Justice League 2?

OK, let’s get the bad news out of the way first. Warner Bros. isn’t developing Justice League 2. Yes, we know, this whole article is about the sequel, but unfortunately, the studio isn’t interested in continuing the story. In March 2021, WarnerMedia CEO Ann Sarnoff told Variety that they’re glad Snyder got to complete his trilogy but that’s where it stops.

“I appreciate that they love Zack’s work, and we are very thankful for his many contributions to DC. We’re just so happy that he could bring his cut of the “Justice League” to life because that wasn’t in the plan until about a year ago.”

She also added, “With that comes the completion of his trilogy. We’re very happy we’ve done this, but we’re very excited about the plans we have for all the multi-dimensional DC characters that are being developed right now.”

This obviously doesn’t mean that it’s the end for all of the characters. Ben Affleck’s Batman will next star opposite Michael Keaton’s Batman in The Flash, with Ezra Miller reprising his role as Barry Allen. Meanwhile, Patty Jenkins recently confirmed that Wonder Woman 3 is in the works, with Gal Gadot stepping into Diana Prince’s armour once again. Production is currently underway on Jason Momoa’s Aquaman and the Lost Kingdom from critically acclaimed director James Wan. So the DC Extended Universe is still thriving! 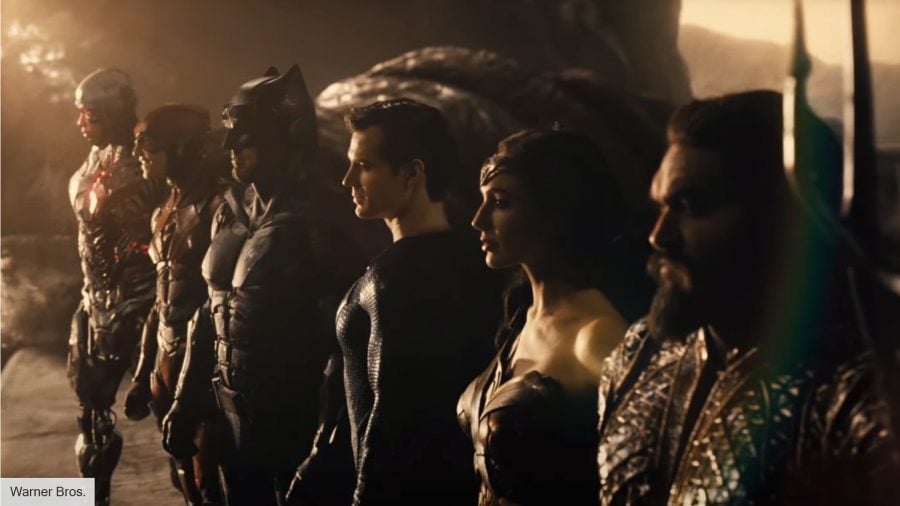 Since Warner Bros. isn’t moving forward with the sequel, this next section might be a little bittersweet because we actually know quite a lot about what Zack Snyder originally had planned for Justice League 2 and 3. In the run-up to the Snyder Cut’s release, the director opened up in a number of interviews about what the fight against Darkseid would’ve looked like. Snyder told Inverse that Darkseid would’ve killed Lois Lane to break Superman’s will, brainwashing him under the all-powerful Anti-Life Equation – which is a tool that would let the villain enslave the galaxy.

So with Superman as the main villain, a “ragtag” Justice League would try to steal another Motherbox (cosmic technology from Darkseid’s planet, Apokolips) so The Flash can travel back in time to prevent Lois’ death. “So basically in the alternate-future movie, we would have been in this post-Superman, Anti-Life Equation world,” Snyder explained. “Where the team knew that the only way to fix the world was to run Flash back and warn Bruce to save Lois.”

Ben Affleck’s Batman would’ve then sacrificed himself to save Lois, which keeps Superman on the good old path of truth, justice, and the American way – setting the stage for the ultimate showdown with Darkseid in Justice League 3. The third film would’ve seen Superman lead a combined army of Amazons, Atlanteans, men and other heroes against Darkseid to decide the fate of the universe. 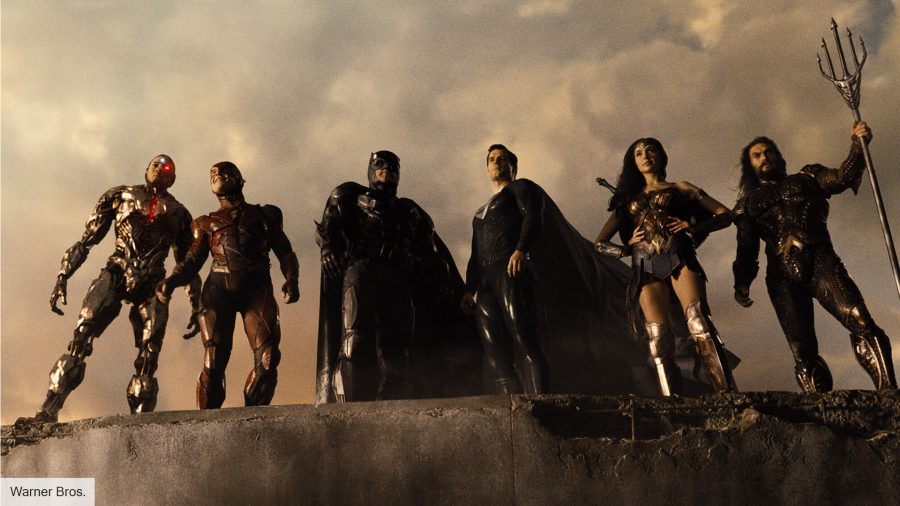 You can probably guess the answer to this one. No, there isn’t a trailer for Justice League 2. However, there’s an animated Justice League film that toys with similar themes to what Zack Snyder had planned for the sequel called Justice League Dark: Apokolips War.

It follows the team as they take an army of heroes to Apokolips to put Darkseid down once and for all – only it goes horribly wrong, and most of the costumed crusaders die horribly as soon as the fighting starts. Troubled sorcerer John Constantine is one of the few survivors left on a ruined Earth, and he bands with other heroes and villains to try and turn the tide.

It’s a bleak adventure, but it’s fascinating to watch – especially for long-time fans of the recent DC animated movies. But speaking of the Justice League Dark, it’s worth knowing that Star Trek and Star Wars alumni J.J. Abrams is working on a JLD project for HBO Max under his Bad Robot production company.

There are also plans for individual shows following Constantine and Madame Xanadu, while Promising Young Woman director Emerald Fennell is currently working on a script for the Zatanna movie. So fear not, a different Justice League team might be on their way to the small screen very, very soon. 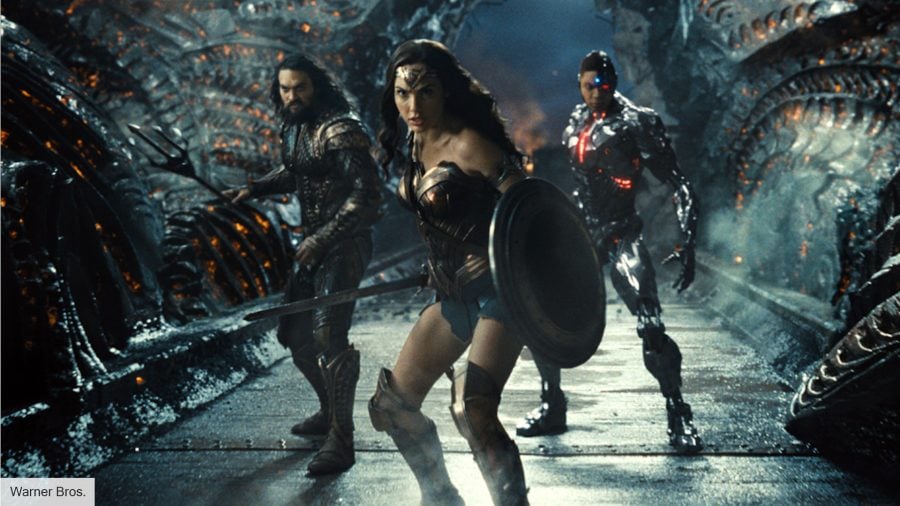 Nobody is in the cast of Justice League 2. Sorry, sorry, we couldn’t resist! But had Warner Bros. gone ahead with the sequel, it seems likely that most of the main cast would’ve reprised their roles for the second chapter, and Ray Porter would’ve presumably returned as Darkseid.

Interestingly, Wayne T Carr was meant to step up as the John Stewart Green Lantern at the end of the Snyder Cut, but Warner Bros. had other plans for the character – which is why Martian Manhunter shows up to speak to Bruce Wayne instead.

However, Ray Fisher’s return as Cyborg wouldn’t be a guaranteed thing since he’s levelled a number of allegations of racism and abuse against Warner Bros. executives and director Joss Whedon regarding his behaviour during the original reshoots of the first film. Fisher was originally meant to appear alongside Ezra Miller in The Flash movie, but after posting a lengthy statement on Twitter about the situation it seems like he’s been dismissed from the Cyborg role completely.

His exit from the DCEU seems quite definitive, especially as he says “If the end of my time as Cyborg is the cost for helping bring awareness and accountability to Walter Hamada’s actions – I’ll pay it gladly.”

To me my X-Men! The X-Men movies in order

At the time, Warner Bros. issued a statement (via EW) standing by the DC Films president, saying: “Last summer, Mr Fisher was offered the opportunity to reprise his role as Cyborg in The Flash. Given his statement that he will not participate in any film associated with Mr Hamada, our production is now moving on.”

It’s worth remembering that there is a lengthy list of DC projects in the pipeline at the moment, so although it’s disappointing that Justice League 2 is off the table – there are some exciting stories coming our way in the near future.