It turns out that Clint Eastwood doesn’t just play grumpy old men who live by a strict code of conduct; he is a grumpy old man who lives by a strict code of conduct. Matt Damon learned this the hard way while working with the veteran director in 2009 on Invictus. In case you didn’t know, Eastwood is notorious as a director for only giving his actors one take before moving on to another one.

This, obviously, puts a lot of pressure on actors to get their performance right on the first go, something Damon – who was having to do a South African accent – felt keenly. “It was a little terrifying ‘cause I was playing a South African, and that’s a really hard accent to do,” Damon told First We Feast. The Good Will Hunting star went on to explain that he spent a lot of time practising the accent and that his first take went okay, but he felt he could do better.

It all worked out for Damon, Invictus received generally positive reviews, and Damon got nominated for a best supporting actor Oscar for his performance. I guess that Eastwood guy really does know a few things about filmmaking. I predict he’ll go far…

Stillwater has been criticised for being an unauthorised adaptation of Amanda Knox’s story. Knox was an American student who was wrongfully imprisoned in Italy after being accused of murdering her roommate Meredith Kercher. Knox’s conviction was overturned in 2015, and she was completely exonerated.

In a comprehensive Twitter thread, Knox outlined her grievances with the filmmakers for “fictionalising away her innocence” and “reinforcing the image of her as “a guilty and untrustworthy person”. 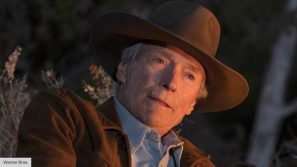