John Wayne and Clint Eastwood both made some legendary Westerns, but they had conflicting ideals that meant they never collaborated. An opportunity was there, once upon a time, but Wayne was less than enthusiastic.

Scott Eyman’s book John Wayne: The Life and Legend has it that a script by Larry Cohen called The Hostiles was doing the rounds, about a young gambler who wins half an older man’s estate. Eastwood optioned the screenplay, and wanted to make the drama movie with him playing the gambler, and Wayne in the older role. When he approached the Duke, he didn’t get the answer he bargained for.

Wayne pointedly rejected the proposal. “John Wayne once wrote me a letter saying he didn’t like High Plains Drifter. He said it wasn’t really about the people who pioneered the West,” Eastwood says in the book Ride, Boldly Ride: The Evolution of the American Western. “I realised that there’s two different generations, and he wouldn’t understand what I was doing. High Plains Drifter was meant to be a fable: it wasn’t meant to show the hours of pioneering drudgery. It wasn’t supposed to be anything about settling the West.”

Eastwood didn’t write back, letting this become another great Hollywood could-have-been. High Plains Drifter, and Eastwood’s work in Westerns in general, is darker than Wayne’s filmography, tackling the bloody, duplicitous reality of life back in those days.

It’s understandable that Wayne wouldn’t be keen to embrace, since it probably felt like a criticism of his work. In any case, it’s believed that Wayne threw a copy of The Hostiles into the fire at one point. Neither career was exactly hurt by this move, both are still considered icons in their own right.

Seeing them together would’ve been something though, right? Check out our list of the best Clint Eastwood movies for more Hollywood classics. 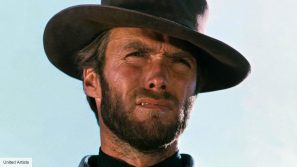 11883 season 2 release date speculation, plot, cast, and more
2Uncharted 2 release date speculation, plot, trailer and more
3How to watch Nope — Can I stream Jordan Peele’s new horror movie?
Latest in Movies
Prey 2: will we get a Predator sequel?
Top Gun cast: where are they now
Jamie Foxx almost spoiled Spider-Man: No Way Home
Star Wars: The Mandalorian season 3 is "off the chain"
What’s in the Jurassic World: Dominion extended cut?
A