It turns out that everyone’s favourite big red pooch is already making plans to return to the big screen. Paramount Pictures has shared the news that the kids movie Clifford the Big Red Dog – recently released in theatres and on the streaming service Paramount Plus in the US – is getting a sequel.

The wholesome live-action adaptation of Norman Bridwell’s 1963 children’s book of the same name has seemingly garnered enough success that the studio is keen to continue with Clifford’s adventures. Directed by Walt Becker and starring the likes of Jack Whitehall and John Cleese, Clifford the Big Red Dog tells the adventure of a cute scarlet puppy who grows to be a massive adorable hassle on the streets of New York City. The film was met with a mixed reception holding only 53% on Rotten Tomatoes, but that won’t stop the pup from scampering his way back into Hollywood.

Currently, the family movie has earned $30 million in theatres against a $64 million budget. But despite not breaking even, Paramount has also revealed that the flick has become the most-watched original film on its streaming service since launch – making ‘Clifford the Big Red Dog 2’ (not the official title) a valuable asset for the studio.

According to Deadline, there is no release date for the Clifford the Big Red Dog sequel. There is also the hope that the studio will bring back the first film’s original crew and cast, however, nothing has been confirmed at this point. Stay tuned for more big red updates. 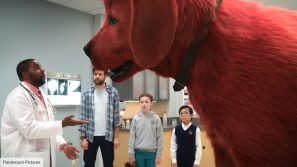