What are the best Black Mirror episodes? Few TV series have had as much of an impact as the tech terrors of Black Mirror. Annabel Jones and Charlie Brooker’s dark anthology sci-fi series is somewhere between horror and a sharp commentary on the 21st century.

Named after the eerie black reflection your phone screen gives off when idle, there’s something deliciously ironic that many of us consume episodes through the very device the series warns us about. Originally airing on Channel 4, Black Mirror was scooped up, repackaged, and rolled out as one of Netflix’s big hitters.

Anthologies are everywhere nowadays, and when you’re done with American Horror Story or have rattled through Jordan Peele’s Twilight Zone reboot, Black Mirror has you covered. Brooker says the future of the sinister series is up in the air, but don’t worry, there are plenty of episodes to binge. As we swipe, like, and upvote our way through the working day, here are the best Black Mirror episodes we think every science fiction fan needs to see.

What are the best Black Mirror episodes? 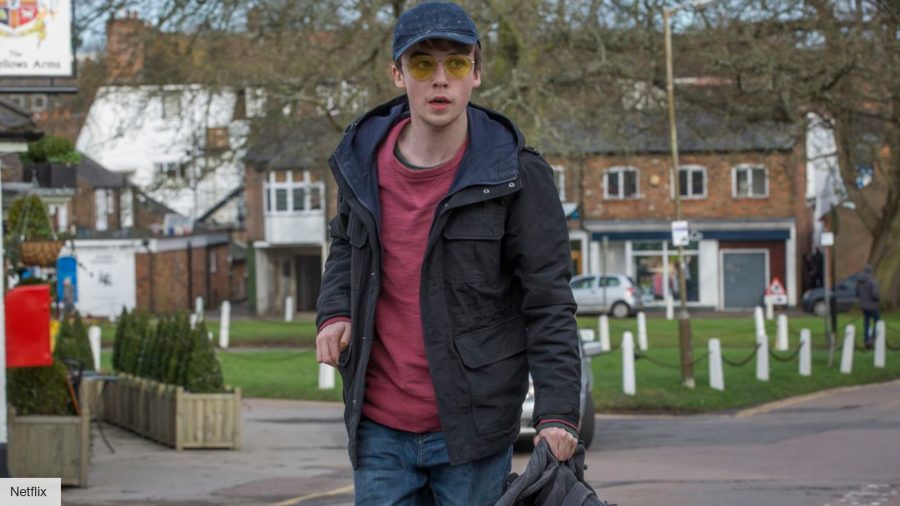 Shut up and Dance

The real knack of Black Mirror is getting you to sympathise with the wrong person. In ‘Shut Up and Dance’, the story focuses on a young man called Kenny (Alex Lawther) – who is blackmailed by an Anonymous-style group of internet vigilantes.

Joining forces with an adulterous man hoping to save his marriage (Jerome Flynn), the pair bend to their virtual captors’ increasingly outlandish demands. The end of ‘Shut Up and Dance’ makes for possibly the most uncomfortable climax of the series.

This one feels a bit like a spiritual sequel to ‘White Bear’, but there’s more on that later. 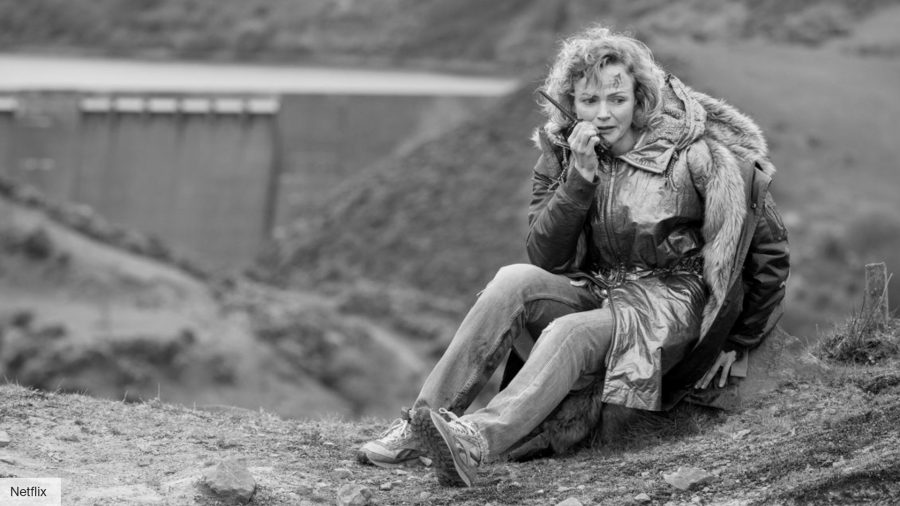 An obscure choice that broke free from the norms of Black Mirror, Maxine Peake took the lead in this black and white bloodbath. In an apocalyptic England, the remnants of the human race are hunted by robotic dogs that chase you like a canine Terminator.

Even for Black Mirror, this one was unusually bleak, while a supply run for a box of teddy bears ends in a massacre. Although ‘Metalhead’ divided critics upon release, it’s since been held as a gritty and graphic addition to the Mirrorverse. 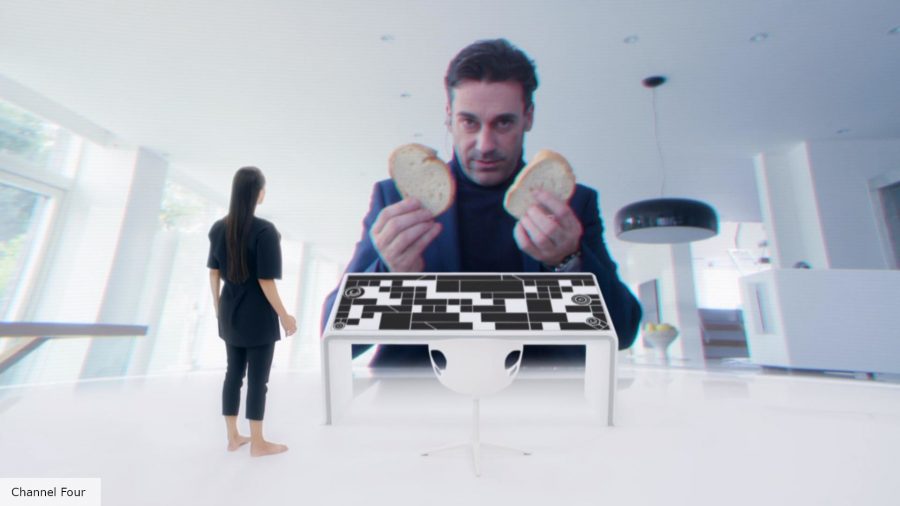 Black Mirror and Christmas special might not originally sound like they go together, but a trio of talent that includes Jon Hamm, Rafe Spall, and Oona Chaplin solidify a chilling tale of tinsel and torment.

A bit like being visited by the ghosts of A Christmas Carol, ‘White Christmas’ is another bold anthology and a haunting peek at how technology could evolve. In particular, the idea of blocking someone in real life is one that gets under your skin and stays there. 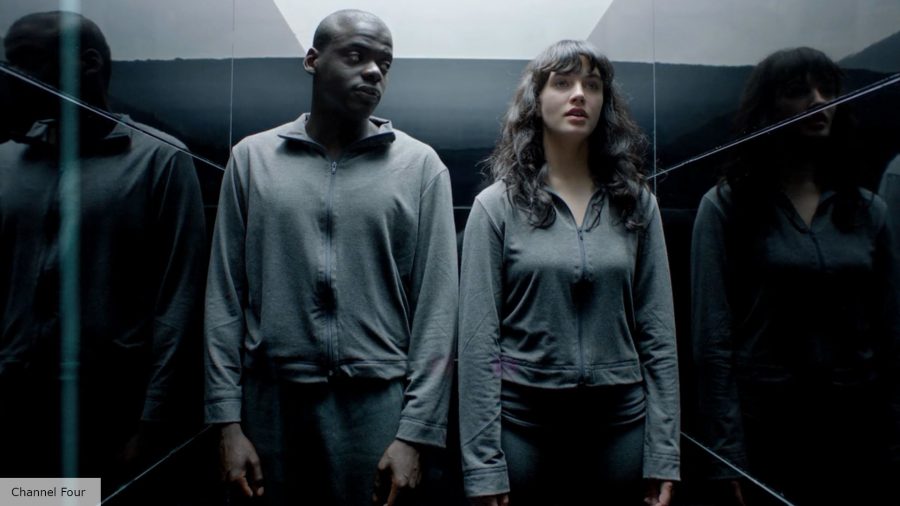 Even though The X Factor is long gone, imagine a world where it was allowed to run and run. Rupert Everett lauds it over a dystopian facility, where everything costs money, and for some reason, merits are earned by cycling on an exercise bike. Is this some weird future where Millennials are used as an energy source?

Here, Daniel Kaluuya made his first move into the A-list as the king-hearted (but ultimately doomed) Bing. Wannabe celebrities try to escape this rat race by winning a talent competition, but like all these things, there’s a Monkey’s Paw-style twist. 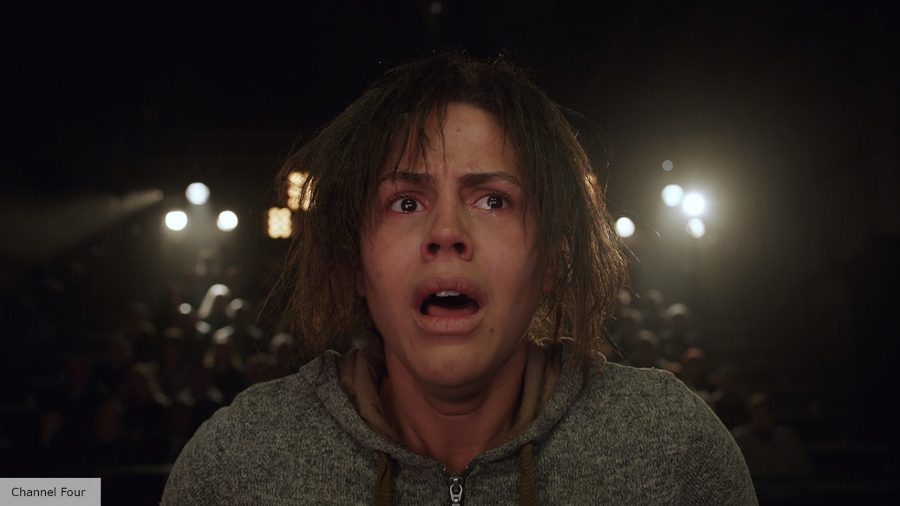 In our smartphone obsessed society, ‘White Bear’ starts as what you might think is a precursor to ‘Nosedive’, but instead, it’s something altogether more harrowing. If you can get past the constant screaming of Lenora Crichlow, ‘White Bear’ is a modern mix of the Moors Murders and The Twilight Zone.

Don’t expect to find out what’s going on until the last minute, which can take away a bit of the watchability when you know the big twist. Like any great Black Mirror episode, ‘White Bear’ might leave you feeling queasy, but isn’t that why you tune in anyway? 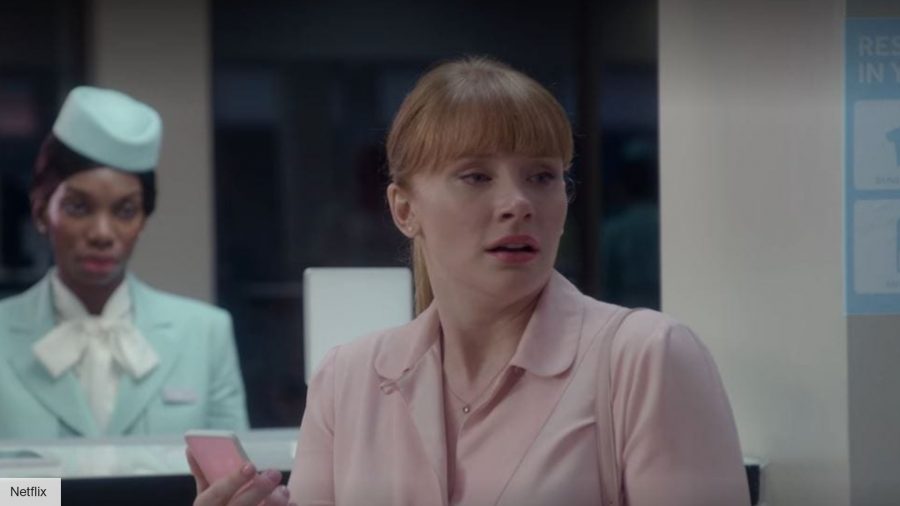 Bryce Dallas Howard stars as the thoroughly unlikeable Lacie in Brooker’s most meta take on our possible future. In a reality where everyone is a commodity, you rate others on an Uber-esque system.

The battle to be popular: Best teen movies

The rankings affect everything from what you pay for your coffee to whether you get a house or not. Lacie’s candy-coated world soon falls apart as your dad sits and watches, saying: “This is this problem with your generation.” 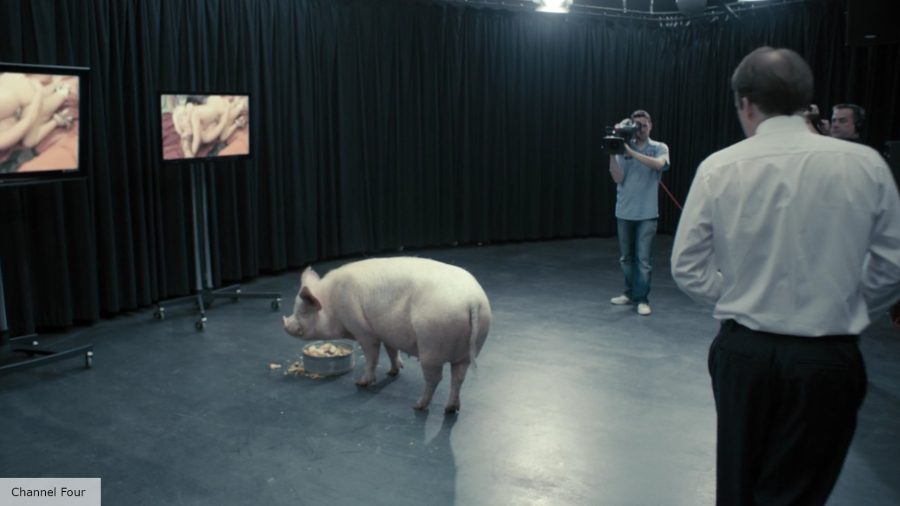 The very first is hard to beat. Taking place in a fictionalised United Kingdom, the Prime Minister is held ransom by a political terrorist when a beloved princess is kidnapped. His demands? The PM has to have sex with a pig on live television.

Black Mirror can often be an awkward watch, but the climax of the show’s debut will leave you hurling into a bucket. What makes ‘The National Anthem’ so chilling is the fact you can actually imagine it happening. 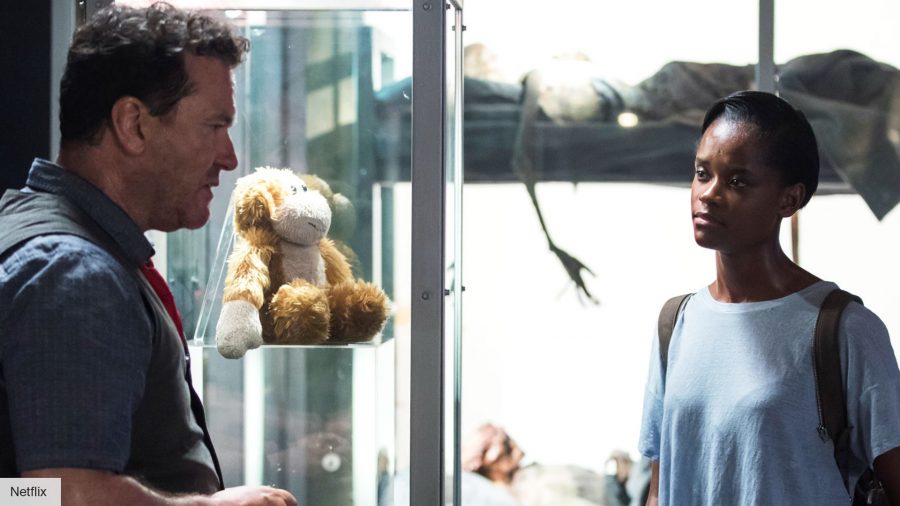 The season 4 finale went out with a bang thanks to ‘Black Museum’. This treasure-trove Black Mirror Easter eggs included nods to everything from the USS Callister’s DNA scanner to Victoria Skillane, while three separate (or are they?) stories are told from this museum of the macabre.

Black Panther’s Letitia Wright excels as Nish, while Douglas Hodge is brilliantly sleazy as proprietor, Rolando Hayes. When the various snippets collide, things all come together in a neat bow. For once, Black Mirror doles out some much-needed justice. 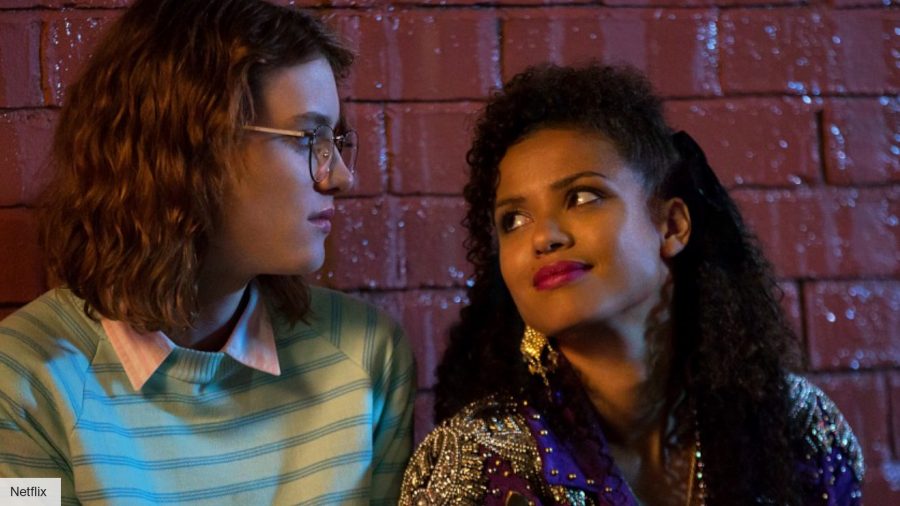 There’s a reason season 3’s ‘San Junipero’ earns a spot on a ranking of the best Black Mirror episodes. As one of the rare ones that doesn’t have a grisly undertone, this Julie and Juliet story had a pair of star-crossed lovers dating across multiple time periods.

With an electro soundtrack set to Belinda Carlisle’s Heaven is a Place on Earth, the dynamic duo of Gugu Mbatha-Raw and Mackenzie Davis make Kelly and Yorkie Black Mirror’s most iconic characters. Some have pitched a San Junipero sequel, but thankfully, Brooker says he’s going to leave them happy in their neon-splashed paradise. 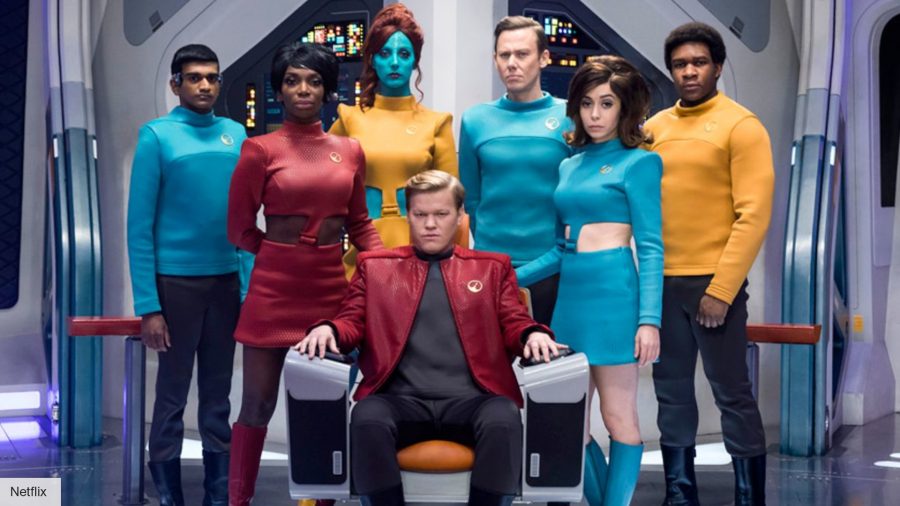 Thankfully, the Paramount lawyers are a little more forgiving than Disney. A not-so-subtle riff on Star Trek makes ‘USS Callister’ a colourful and nostalgic trip into outer space.

The diverse crew of the titular spaceship are trapped in the warped world of the tyrannical Robert Daly. With just the right dose of Star Trek homages and adult themes, ‘USS Callister’ has become a cult classic in its own right. Also, watch out for a surprise cameo from Kirsten Dunst.

Since its debut, ‘USS Callister’ has frequently been pitched for its own spin-off series. Come on, beam us up Netflix! 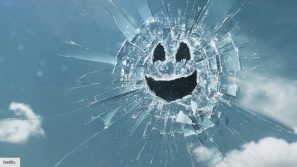 Black Mirror season 6 release date, trailer, cast, and more
Get involved Continue the conversation over on The Digital Fix Forum