Humour is a very personal thing, but we’re willing to bet our list of the top ten comedies will stand up to scrutiny. There’s something here for everyone, whether it’s full-on belly laughs, the best kind of tears, or cringe-induced sniggering behind your sofa cushion.

The sign of a great comedy movie is not only its ability to make you laugh but to make you think and feel. From the slapstick satire of Borat to the surreal jokes of Monty Python and the Holy Grail, these comedies do just that.

So, join us at The Digital Fix for some of the best comedy movies you should definitely consider watching or, if you’ve watched them already, have another viewing party. After all, laughter is the best medicine.

What are the greatest comedy movies of all time? 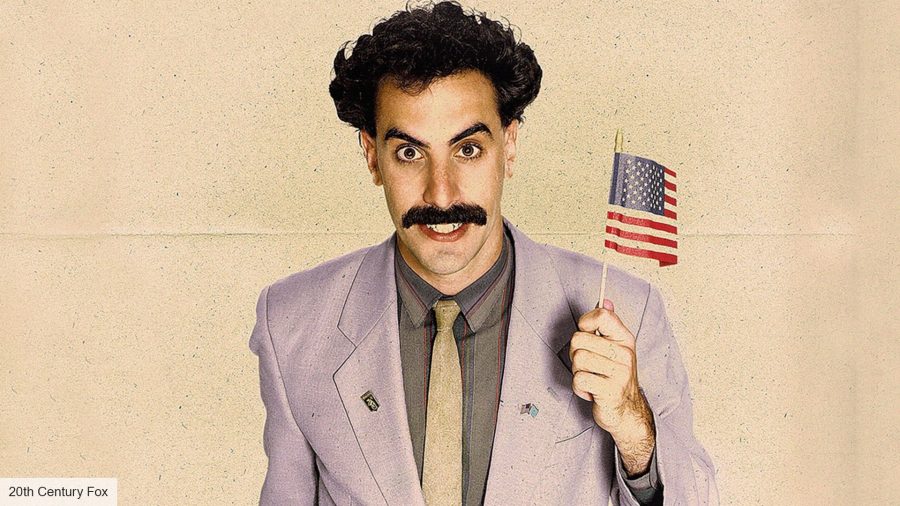 Borat (Sacha Baron Cohen) is a reporter from Kazakhstan tasked with heading to the United States to film a documentary all about how it’s the greatest country on Earth. Instead, he decides to launch a far-fetched scheme to find Baywatch star Pamela Anderson and make her his wife.

It’s full of absolutely outrageous scenes that fly so incredibly close to the boundaries of acceptability that it’s questionably controversial. The tongue-in-cheek satire of Borat brings vulgarity to the forefront with hilarious results. 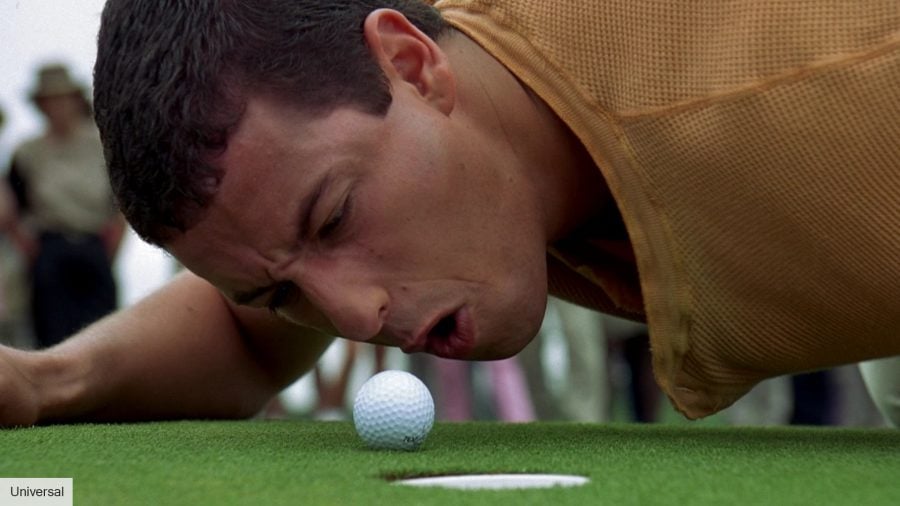 We couldn’t make a list of comedy movies and not put an Adam Sandler and Happy Madison Productions movie on it, and Happy Gilmore is one of the absolute finest. Failed hockey star, Happy Gilmore (Adam Sandler) realises his hockey slap translates incredibly well into the world of golf making him a golfer with a shot at the big time.

Happy takes on the champions to try and win a large cash prize and buy back his grandmother’s house to keep her from moving into a nursing home. For Sandler, the ‘90s and ‘00s were a golden era and this no-hope-turns-good trope is one of his best. 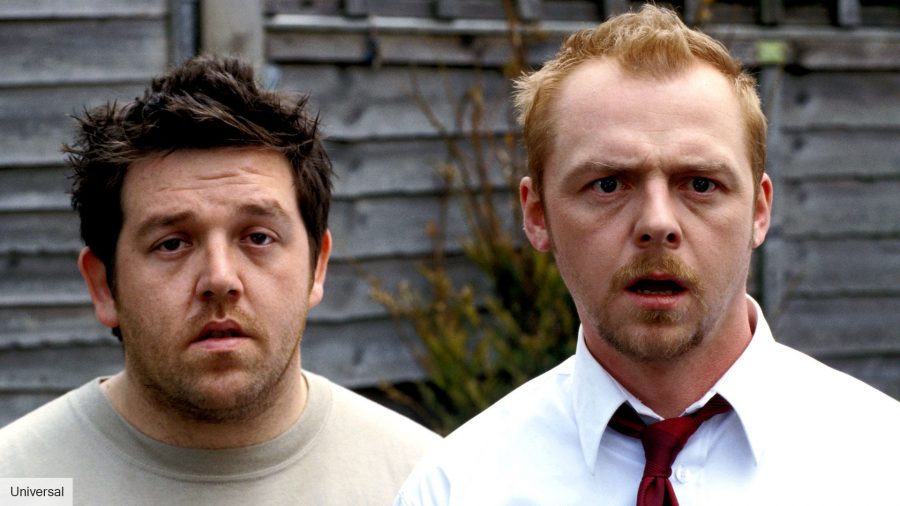 Who knew a zombie apocalypse could be so funny? Dubbed by its creators a ‘rom-zom-com’, Shaun of the Dead follows dead-end salesman Shaun (Simon Pegg) and his friend Ed (Nick Frost) as they take refuge from zombies in their local pub to protect themselves and their loved ones.

Dying can be serious, too: The best horror movies

All of a sudden, Shaun’s seemingly pointless life becomes a fight to save himself and those closest to him. This horror-comedy zombie parody is the first in the Three Flavours Cornetto trilogy, directed by Edgar Wright and starring both Simon and Nick and the overarching theme that runs through them all is that they’re hysterical. 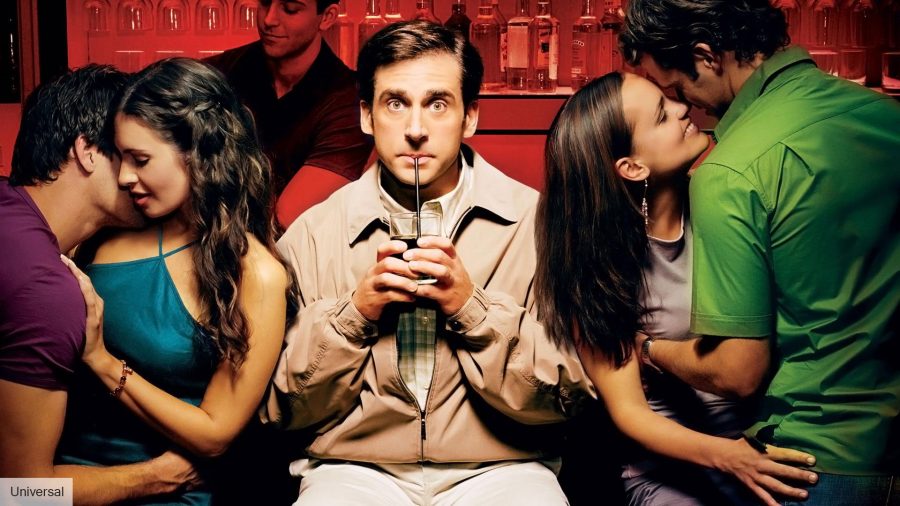 As the title suggests, Andy (Steve Carell) is a 40-year-old virgin. One day, during work at the electronic store, his colleagues learn about his four decades of abstinence and make it their personal quest to help him have sex for the very first time.

Directed by Judd Apatow, known for other comedy greats like Forgetting Sarah Marshall and Superbad, Andy learns to navigate the world of relationships with his innocence and naivety getting him into all sorts of awkward, absurd, and amusing situations. Throw in Seth Rogen and Paul Rudd for good measure and you’ve got yourself a top comedy flick. 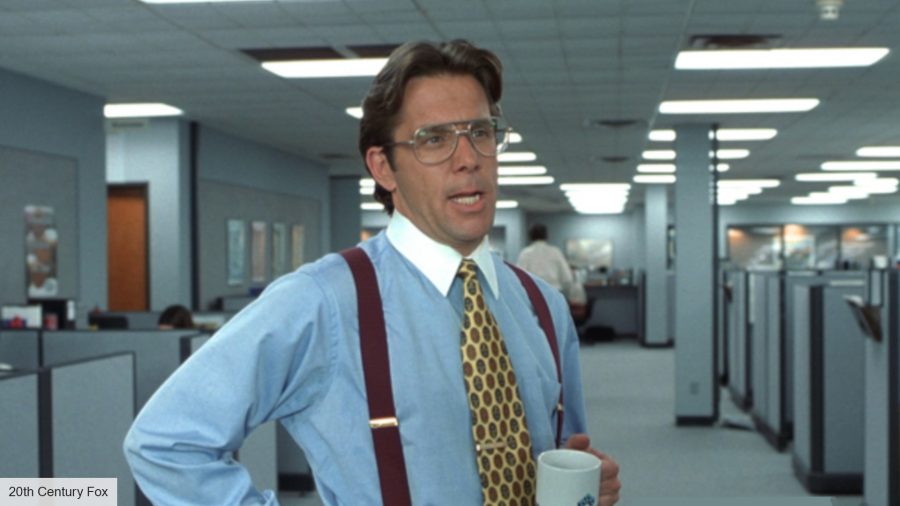 90’s cult hit Office Space wasn’t immediately recognised as a comedy classic but time has done it justice. Peter (Ron Livingston) hates his office job but by trying his hardest to lose it, he ends up getting promoted.

Alongside his two colleagues, they hatch a plan to embezzle money from the company in a bid to break out from the corporate world that holds them down. This ‘cubicle classic’ comes from director Mike Judge, the man behind iconic TV shows, King of the Hill and Beavis and Butt-head, whose style of comedy translates wonderfully to the big screen. 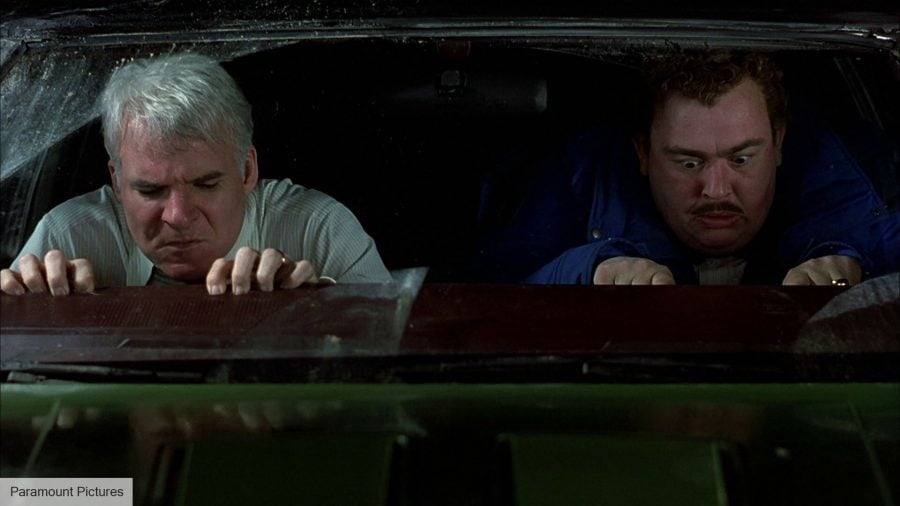 This ‘80s comedy classic sees Neal (Steve Martin) and Del (John Candy) as a mismatched pair brought together after their flights get cancelled, and they want to make it home in time for Thanksgiving. In true comedy style, the two men start as a bickering odd-couple but over the course of their three-day misadventure, against all odds, they become friends.

Need for speed? Here’s the Fast and Furious timeline

John Candy’s character Del is a quirky curtain ring salesman with a very laid back attitude, in contrast to Steve Martin’s Neal, a highly strung marketing exec on the verge of a breakdown should he not get his way. Both iconic comedy actors at the time, this comedy holds its own to this very day. 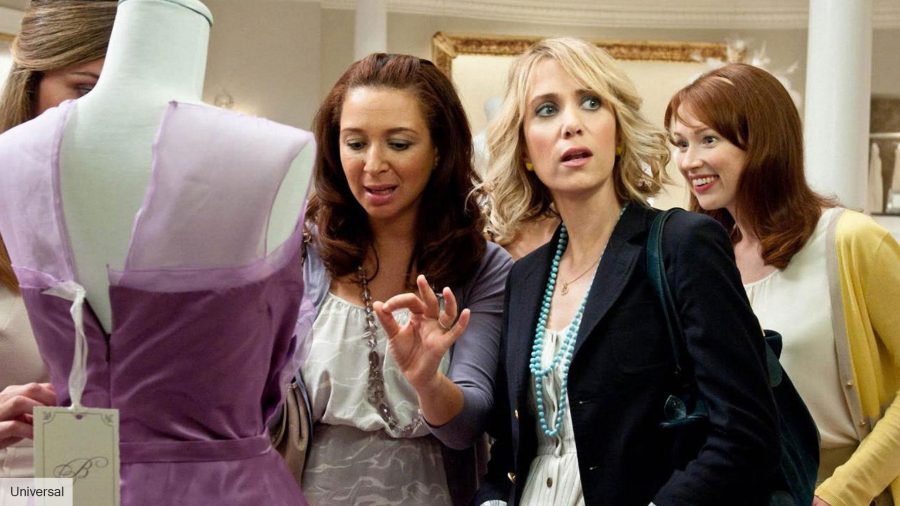 Annie (Kirsten Wiig) is a single woman floating around aimlessly in her 30s when she’s asked to be the Maid of Honour at her best friend, Lillian’s (Maya Rudolph) wedding. But she’s got competition. Helen (Rose Byrne) brings both money and togetherness to the table to rival Annie’s questionable life decisions, which lead to a rivalry and hilarity.

Paul Feig and Judd Apatow break the Hollywood mainstream with this mostly female cast making it a standout movie for challenging the ideals set out in the comedy world. 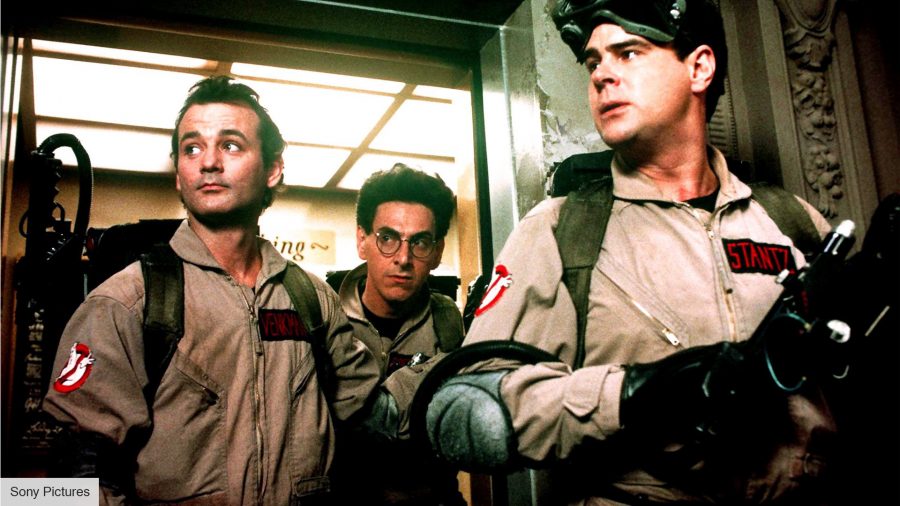 If there’s something strange in your neighbourhood, who you gonna call? Ghostbusters! As close to perfect as a movie’s ever come, the original Ghostbusters combines a high concept story, some of the finest comedic actors of the day at the height of their powers, and brilliant special effects to make one of the finest supernatural comedies ever.

Directed by Ivan Reitman, the film sees three paranormal investigators launch their own ghost exterminator business after being fired from their university. While some have credited Bill Murray as carrying the film, we believe it’s far more of an ensemble piece than people think, with Ramis, Ackroyd, Weaver, and Hudson all adding their own shine to an already brilliant script. 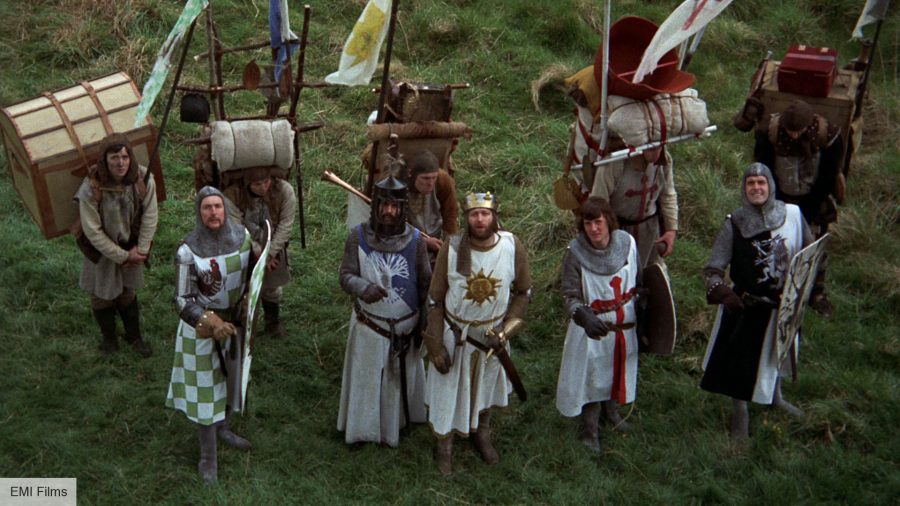 This critically-acclaimed movie brings the farcical and witty together thanks to the Monty Python comedy grouping of Michael Palin, John Cleese, Eric Idle, Terry Gilliam, and Graham Chapman.

Strike out: The best adventure movies

This paradoxical movie plays out King Arthur and his knights’ quest to find the Holy Grail during the Middle Ages, and it’s ram packed with memorable quotes that you may have already heard but didn’t know come from this movie. Which is why, if you haven’t already, you need to watch it. 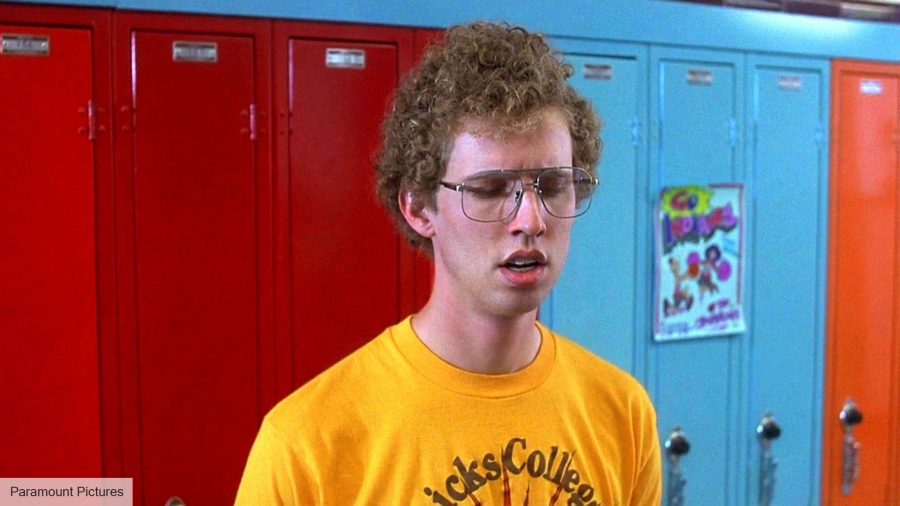 Napoleon Dynamite (Jon Heder) is an awkward teenager navigating life when a new kid called Pedro joins his school. Napoleon embarks on a campaign to get Pedro elected as class president.

This off-beat comedy is hard to pigeonhole given its vast range of iconic moments, such as a dance performance to Jamiroquai’s Canned Heat, the infamous liger, and a grandmother’s broken coccyx on the sand dunes. 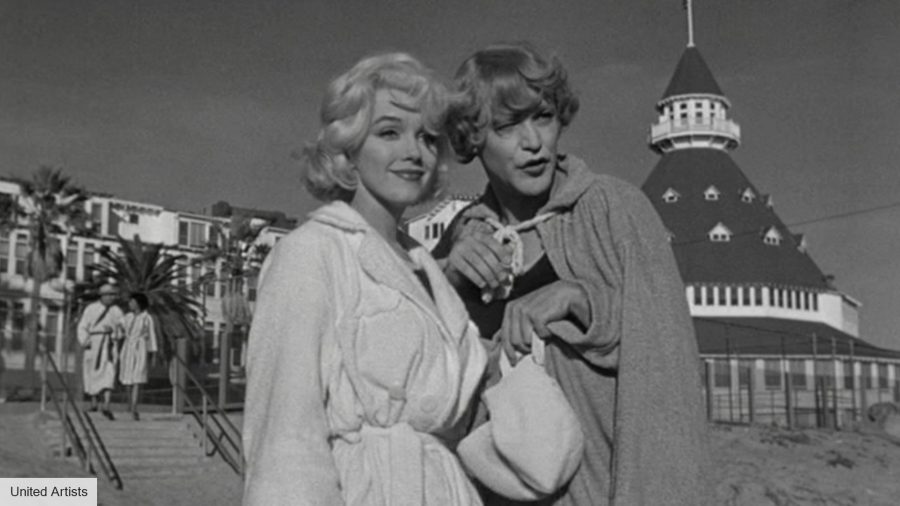 Big screen stalwarts Jack Lemmon and Tony Curtis star in this 1959 iconic movie where their characters, a pair of musicians, witness a mafia hit and have to flee for their lives. They end up going undercover in an all-female travelling band by disguising themselves as a couple of their members.

There they meet Sugar, the lead singer of the band, played by Marilyn Monroe herself. Considered by many to be one of the greatest movies of all time, Some Like It Hot is quick-witted, raucous, and spectacularly funny.

If you’d also like to get deep into your feels with some heart-warming and heartbreaking movies, why not check out the best romance movies of all time? 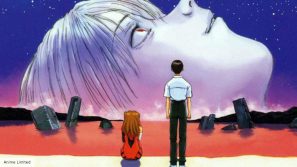