42 years ago, the world was graced with one of the best war films in cinematic history, Francis Ford Coppola’s psychological masterpiece, Apocalypse Now. Loosely based on the 1899 novel Heart of Darkness, and set during the Vietnam War, the film would go on to blow critics’ minds and gross over 100 million dollars at the worldwide box office. But did you know that the acclaimed film had a bumpy journey to Hollywood and so many issues that Coppola himself almost lost his mind while making it?

Apocalypse Now is the story about a special forces soldier (Martin Sheen), who is tasked with travelling up a river to assassinate a Colonel (Marlon Brando) – who has disappeared into the dense jungle and has essentially gone mad. The movie is a reflection of the horrors of war and how it affects the human spirit. As the characters travel deeper into the napalm ridden jungle, we witness their humanity slowly eroded, and the primal darkness within them is unleashed. As you can imagine, telling such an epic story requires planning, lots of money, and to a certain extent, luck.

However, everything that could go wrong while filming Apocalypse Now did. There was even a documentary made about all the issues the crew faced, called Hearts of Darkness: A filmmaker’s Apocalypse (1991). From bad weather to a heart attack on set, there is only one word to describe the production of Apocalypse Now – hell. So, as huge fans of this amazing movie, we thought it would be heaps of fun to list down some of the nightmares Coppola had to face while making the film. Is that sadistic? Maybe, but I mean, come on, who doesn’t love the smell of a good production story in the morning?

The beginning of Apocalypse Now

Let’s start at the beginning and talk about all the movie’s script and funding issues. Joseph Conrad’s novella, Heart of Darkness, is a story that had been in Hollywood’s eye line for quite some time- but was generally considered impossible to adapt. Telling the story of a man going up the Congo river, Orson Welles considered tackling the script before dropping the project to make Citizen Kane. In short, many tried to bring the novella to the big screen, and many failed, that Is until John Milius took a crack at it. 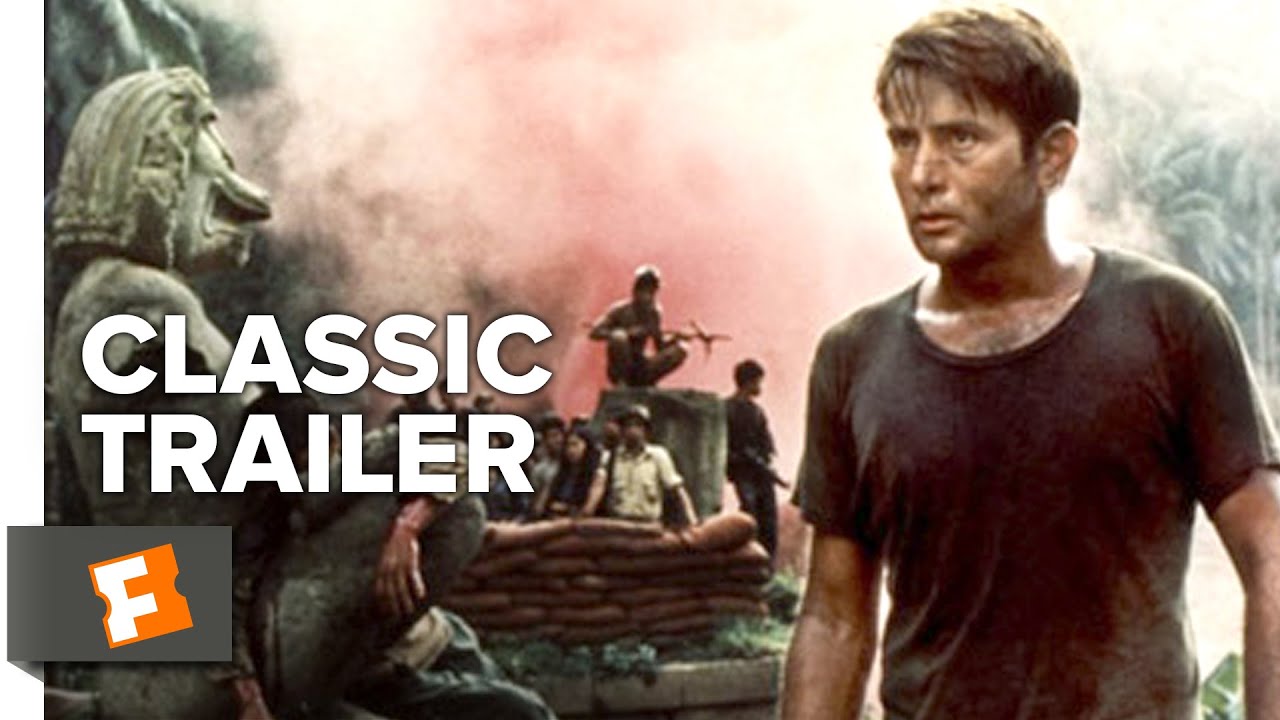 Milius would go on to adapt the story and set it during the Vietnam War. He wanted his mate George Lucas to direct the project, but the two soon found out that trying to shoot an American movie set in Vietnam, while the war was still actively going on, proved to be a hard sell to production companies. Also, Lucas had his hands full with Star Wars at the time, so it seemed that Apocalypse now was doomed before it even began.

But Francis Ford Coppola saved the day and picked up the shelved project. Coming off his success with The Godfather movies, Coppola invested his own money into the film, sidestepping the cautious production houses and riding the coattails of his own reputation to gather funding from investors. However, production company or not, again shooting in Vietnam, wasn’t ideal during that time. With the US military refusing to cooperate with Coppola, the director decided to film in the Philippines – which had access to American military equipment they needed for shooting. But, as you could probably guess, his decision would come with its own set of problems.

Where was it filmed? 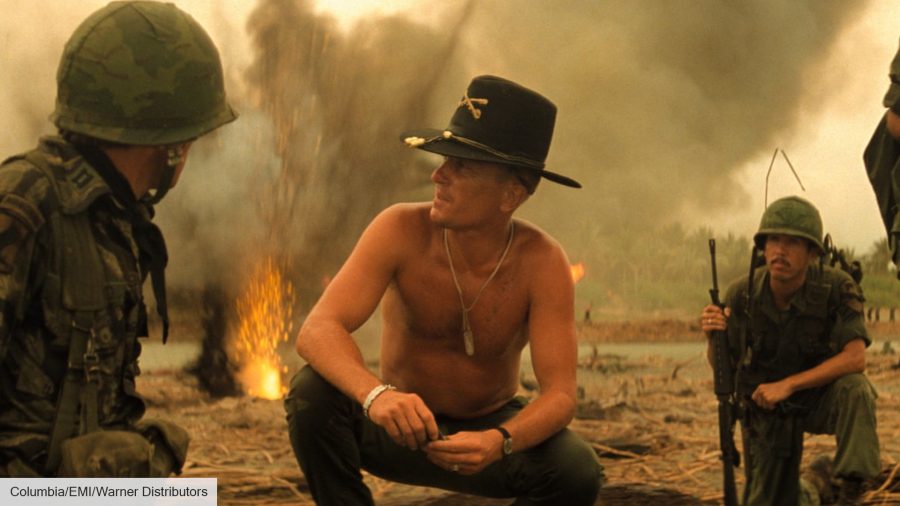 Shooting began in 1976 in the Philippines, and let’s just say conditions weren’t ideal. While filming, the majority of the movie’s sets were destroyed by Typhoon Olga – forcing production to temporarily close down as costly sets had to be rebuilt. There was also a communist insurgency in the Philippines while the crew were filming, and equipment like fighter helicopters would suddenly be taken in the middle of takes, and sent to deal with military targets. It’s safe to say that the crew and cast were living in pretty extreme and unpredictable circumstances. As shots and sets became ruined, the cost and time of the movie all began to pile up.

The prop department also made a huge mistake by using real dead human bodies for the film’s temple scene. What made this matter worse was that the bodies turned out to be from a grave robber, and therefore implicated the production in a crime. The incident resulted in the crews’ passports being confiscated and them being questioned by authorities. The bodies were rightly taken away by the military, and again production was delayed.

The cast of Apocalypse Now 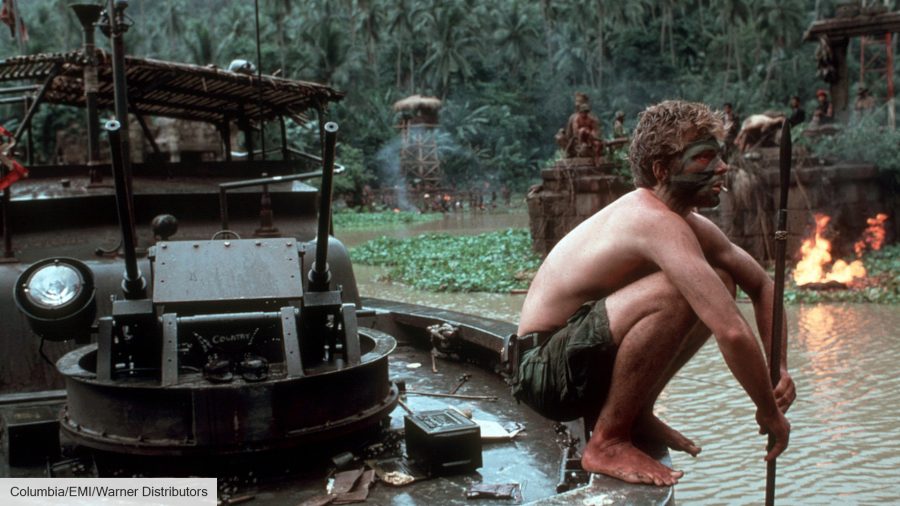 From the get-go, the movie had cast problems. The big whammy was replacing its leading actor during filming. Harvey Keitel was initially meant to play Sheen’s character. However Coppola wasn’t happy with his take on the lone wolf soldier, who was tasked with going up the river. As a result, the director replaced him with Martin Sheen, and immense pressure was put on the whole production as they only had four days to complete all the reshoots following the change.

Martin Sheen was struggling with alcoholism at the time. He would sometimes be incoherent on set, and a body double was needed to compensate for his condition. The famous mirror punching scene, where we see the character bawling his eyes out in a hotel room, was actually a drunken manic episode turned breakdown. Sheen was so intoxicated at that time, he accidentally hit the mirror and cut his hand open.

Sheen would later suffer a heart attack on set as well, as the pressure of filming and the dark existential role began to take its toll. This also led to further delays, as the crew tried to film scenes without him but essentially realised that there weren’t many without their then hospitalised leading man.

Another big snag for the film was Marlon Brando, who refused to move his previously agreed upon filming schedule, despite all the delays the production had already suffered. When he did show up, he was unprepared and overweight. This resulted in his scenes having to be shot in darkness and ad libbed for the most part. He also refused to film with actor Dennis Hopper who had agreed to do the movie on the basis that he’d get an on-screen line with Brando. 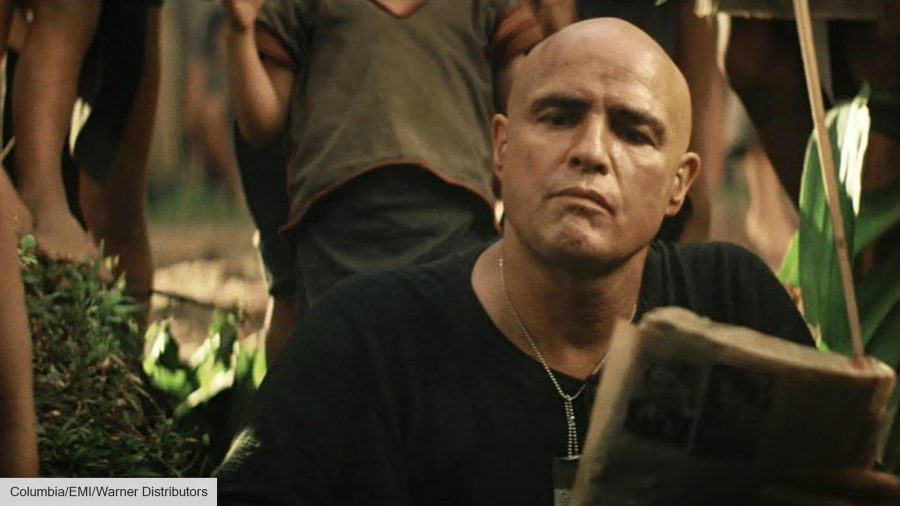 The bad blood between Brando and Hopper got worse as filming continued, as Hopper began to take cocaine to get into his hippie character. Brando very vocally berated his choice, leading to Hopper antagonising him every chance he could. All their scenes together had to be filmed separately and later edited to seem as if the actors were talking to one another in post.

Coppola was basically rewriting the script every day to accommodate all the changes, trying to make the story coherent as the days went on. Coppola’s and Brando’s relationship also fell apart as filming continued. Eventually, Coppola had to hand over directorial duties to his assistant director whenever Brando was set to film, as the two couldn’t work together – yikes, right? After looking at a rough cut of the film’s ending, Coppola realised that tons of costly scenes he had shot would never make the final cut, and the movie still didn’t have a proper ending . So he decided to fly out the cast and crew for more reshoots. During the reshoots, is when Sheen’s previously mentioned heart attack occurred.

Worried that they would get shut down if the press got wind of the seriousness of the actor’s condition, both Coppola and Sheen began denying it – with Sheen saying his heart attack was merely heat exhaustion. However, their denial didn’t have much weight as Sheen crawled half a mile just to get help. Sheen’s near-death experience added to the mounting pressure of the movie, which was now massively over budget, and threatened to bankrupt and end Coppola’s career if it failed. The director ended up having an epileptic seizure, and a nervous breakdown as a result. 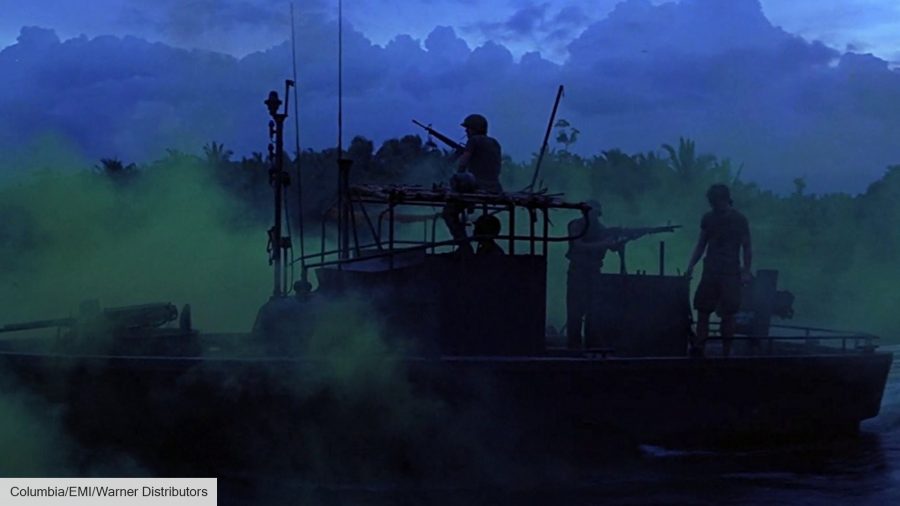 After two years of editing the footage into a final cut, the film was a hit, much to Coppola’s, the crew, and the cast’s surprise. During the documentary about the making of the movie, Coppola addressed what he considered to be the root of all problems that he faced while making the project.

“We had access to too much money, too much equipment, and little by little, we went insane,” he said. While a gruelling process, we got one of the best movies of all time, with a powerful ending showing perpetual despair. Apocalypse Now is a movie that everyone should see at least once, and at the end of the day, we have to thank Coppola’s sheer determination for finishing this monstrous project and delivering a stunning piece of storytelling.