You can’t fight any actual xenomorphs, but you can still pretend you’re a marine in the Alien franchise. An official NERF gun for the 35th anniversary of Aliens has been announced, and you can lock-and-load come October.

Modelled after the M41A Pulse Blaster, NERF’s replica sports the same rectangular look, and heavy duty vibe of its namesake. You have some combat stripes, an LED counter for your darts, and an Aliens logo, to make sure everyone knows you’ve got the real deal. It’s compatible with two kinds of darts: Elite darts, and Mega darts. Elite darts are quick fire, for when you’re faced with some xenomorph grunts on your way to the queen. When you find the nest, and want to destroy everything? Time for Mega darts.

The set comes with ten Elite darts, a removable clip to give you that real sense of loading up, and four Mega darts. It’s all based on the standard issue assault rifles of the United States Colonial Marine Corps, y’know, the group that accompanies Ripley down to LV-426 and gets appropriately destroyed. It’s a cool weapon, even if not necessarily the best thing against a xenomorph.

The Nerf LMTD Aliens M41A Pulse Blaster is available for preorder in the UK and US through Hasbro. The full set runs for £99.99 in the UK, and $95 is the US, and according to listings on Hasbro’s site, preorders will be dispatched January 2022. 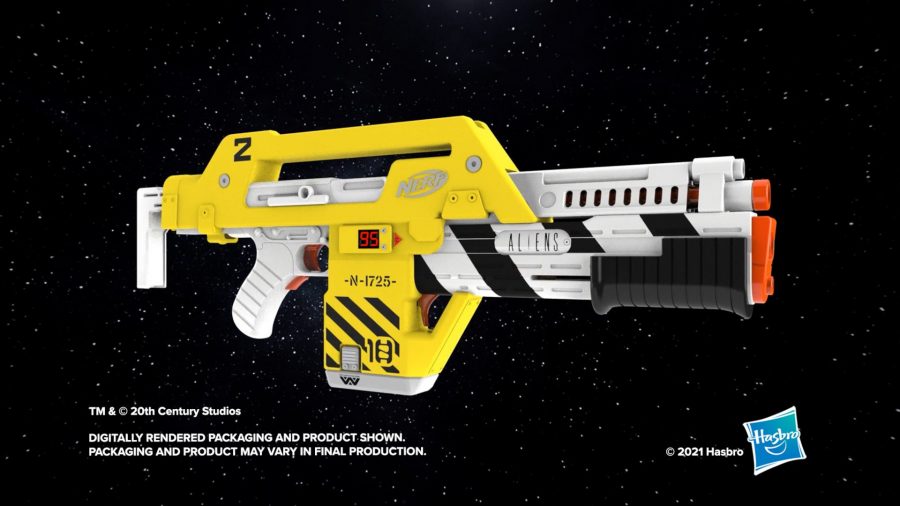 Aliens turned 35 this past July. One of the best action movies ever made, the James Cameron-directed sequel’s development of the world of Alien, involving colonies, and the Alien Queen, and everything else, helped cement the universe in pop culture.

Celebrations haven’t been massive, like any kind of special re-release of the Alien movies or anything, but this NERF gun, and the new multiplayer game Aliens: Fireteam Elite, should provide plenty of thematically relevant fun. 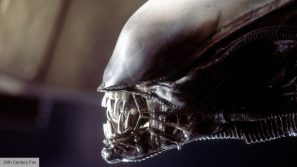