Alfred Hitchcock is known as the master of suspense, but did you know that he was also a maverick? Psycho is one of Hitchcock’s most iconic features, and stands as one of the best horror movies of all time. The film shocked the world with its twist ending, its revolutionary plot structure, and enough psychological subtext to make Sigmund Freud and his mother jump for joy. But perhaps one of the most defining features of Psycho was how it broke the accepted norm that had been conditioned by mass American censorship in cinema at the time.

The Motion Picture Production Code, also known as the Hays Code (named after Will H. Hays), was a set of censorship guidelines that applied to most American films from 1934 to 1968. The code essentially told production companies what was acceptable and what wasn’t for audiences in the United States. The rules were made in response to the scandalous nature of Hollywood back in the 1920s. As murders, and other illicit crimes made the headlines in Tinsel Town, there was widespread religious condemnation of the silver screen, and with growing political pressure from state legislators, there became a strong demand for more “decency” in films.

The list of banned cinematic depictions in the code were mostly what you’d expect from any censorship act. Drugs, profanity, violence, sex, and nudity – they were all off the cards. But as enforcement for these rules started to lax in the late ‘50s, the Master of Suspense decided to push the boundaries of what was acceptable in cinema as far as he could – in a surprising location.

Anyone who has seen a Hitchcock film knows the man is a fan of a bathroom. It is a staple location in any of his movies, and is weirdly one of his cinematic signatures. However, despite the typically squeaky clean nature of most washrooms, it is also a place that was frowned upon by the Hays Code, and the primary source of why Psycho was considered radical by the PCA (Production Code Administration), at the time of its release. 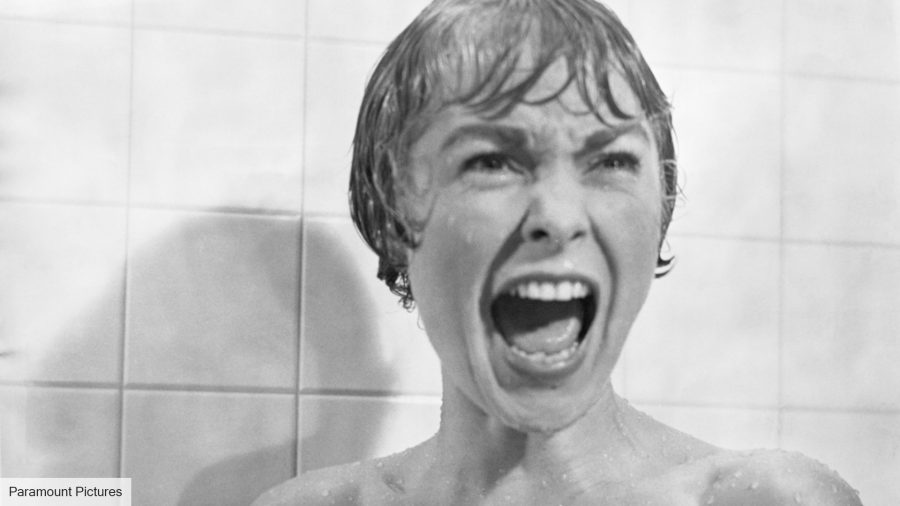 Psycho tells the story of Norman Bates (Anthony Perkins), a young man who runs a motel, and is seemingly under his mother’s thumb. It is later revealed that the innocent Norman is actually a killer, who takes on the persona of his overbearing mother while murdering the motel’s guests. However, despite being the titular character, Psycho doesn’t open with Norman; instead, it focuses on Marion Crane (Janet Leigh). The movie starts with Marion, a woman on the run who checks into the Bates Motel after stealing a fat wad of cash. Once she is settled and checked in, her time in the rented room’s bathroom would go on to cause PCA officers to bicker in Paramount’s office for days, and turn the Hays Code on its head.

On the run: Best thriller movies

Psycho is often credited as being the first American film after the Hays Code passed to show a flushing toilet on screen. However, while that toilet rumour is technically true, it wasn’t this nifty plumbing fact that made Psycho a film that is known for grabbing the figurative sledgehammer and shattering censorship taboo. It also wasn’t all the depictions of mental illness in the movie, all the violence, or Norman wearing a dress when adopting his motherly persona. It was the iconic shower scene, that has become synonymous with the classic horror movie– since a naked woman is far more radical than murder, apparently. 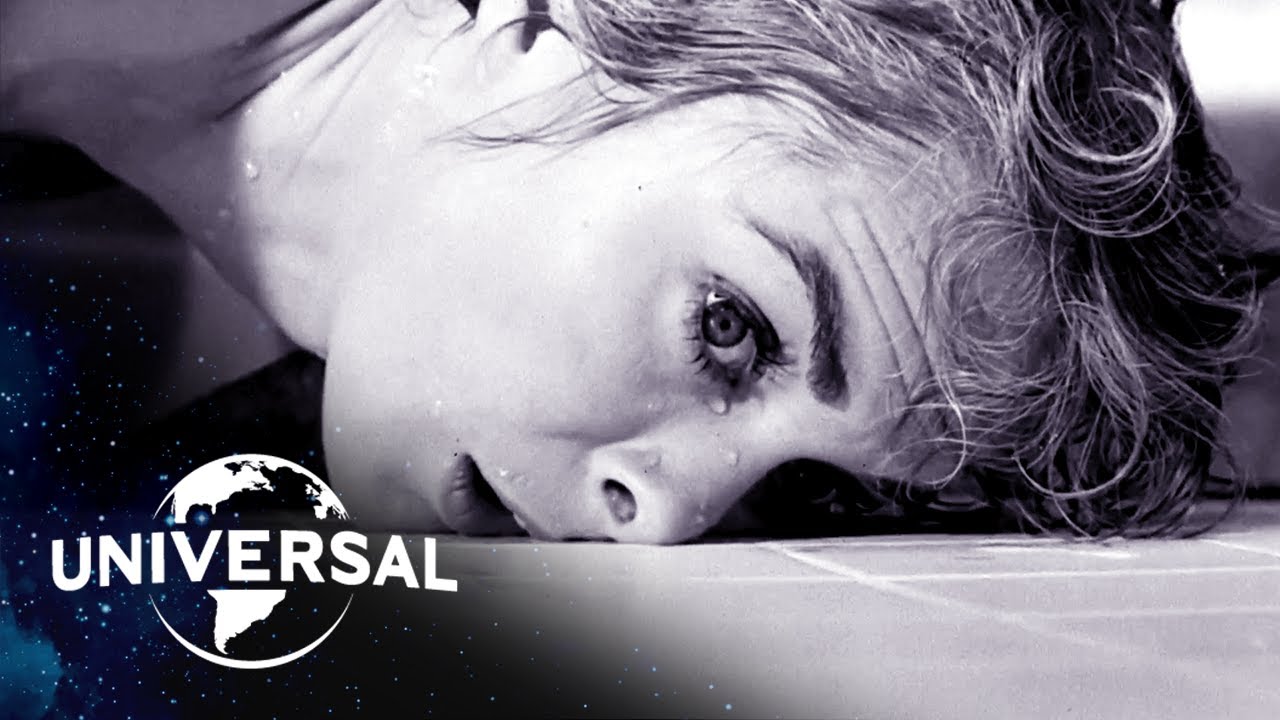 When you think of Psycho, it is impossible not to remember the scene where Janet is in the shower, the music swells, and she is stabbed by a mysterious figure. The black and white blood running down the drain is one of the best known moments in cinema, and it almost didn’t happen because of some fuss over bare breasts. In his book, Alfred Hitchcock and the Making of Psycho, Stephen Rebello recalled a screening of the film at Paramount where the studio’s PCA liaison, Luigi Luraschi, saw the bathroom scene for the first time. He wasn’t too concerned with the monumental toilet flushing detail or the constant stabbing of an innocent woman; no, instead, it was a couple of nipples on his mind.

“So we start running it and Luigi laughs at Hitch’s appearance in the film, which took place in the beginning of the film […] Then comes the shower sequence. We’re all sort of looking on placidly. Luigi: “Stop! Stop! My God!” So Hitch said, “Yes, Luigi, what is it?” Luigi: “I saw her breast.” “No, you didn’t, Luigi. It’s just in your dirty mind. You didn’t see a breast at all. Yes, we’ll run it again.” So we ran it again. “Well, Luigi, did you see a breast?” “No, but we’re going to be in a lot of trouble with it.” […] We made him realise that he was wrong, that he hadn’t seen a breast, that it was a perfectly charming little Sunday afternoon shower sequence, and we sent it off with Luigi to the censor.”

The other censors weren’t so easily fooled by Hitchcock’s cheeky mind games. However, despite having immense pushback and endless debates over if boobs were visible or not in the bathroom scene, in the end, none of the objecting parties showed up to the proposed reshoots. With the censors failing to turn up on set, Hitchcock decided to keep in all his scenes, including those with evident nudity, despite what he had said to Luigi at the initial screening. Forgoing the Hays Code and “decency”, in the shower scene when Janet dies, she reaches out to grab the shower curtain, and before collapsing, an out of focus breast is clearly visible. 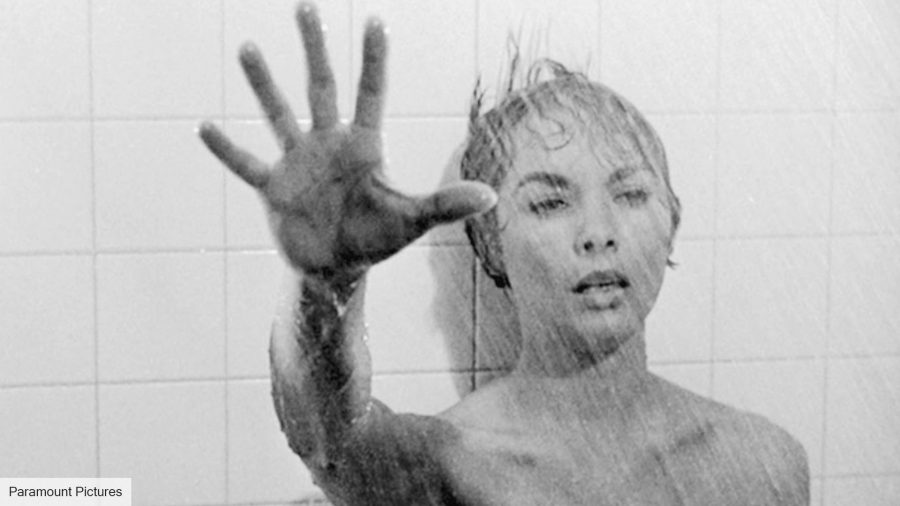 What is also ironic is that the out of focus nudity is so inconsequential to the entire film, that it puts into perspective how ridiculous all this panic over the female body truly is. No one remembers a blurry nipple when they think of Psycho; they remember the tense and brutal murder scene, and black and white blood flowing down the drain. Just like no one really cares about a flushing toilet on the big screen, no one really cares about all the stringent regulations that the Code of conduct deemed necessary to ensure the peace in society.

God forbid we see a naked woman; the world may fall into anarchy. It is thanks to films like Psycho that these silly taboos were broken, and that stories can flourish without having the entire script, and any visual plumbing censored to oblivion. In that way, all of us cinephiles must thank Psycho, praise how it challenged taboos, and give credit where credit is due to its revolutionary rebel attitude.